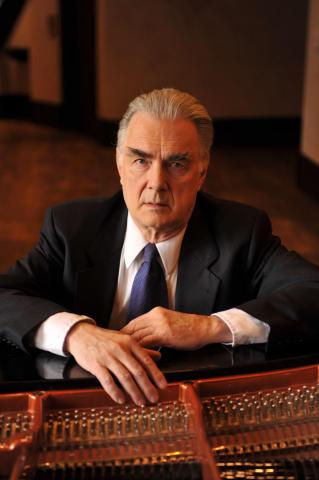 After brief teaching engagements at Indiana University, Radford College (Virginia), and the University of Wisconsin-Milwaukee, Cameron-Wolfe moved to New York City, where he performed and composed for several major ballet and modern dance companies, including the Joffrey Ballet and the Jose Limon Company. In 1978 he began a 24-year Professorship at Purchase College, State University of New York, teaching music theory and history, composition, and music resources for choreographers. He resigned in 2002 - while he could still walk and think - relocating to the mountains of northern New Mexico in order to dedicate his life  to composing.

As a composer, one of his particular interests is micro-opera, a very short theatrical work of 5 to 15 minutes duration, developed through the collaboration of composer, writer (preferably a poet), a scenic/costume designer (preferably a visual artist), and a videographer. The work is intended to be staged in small spaces and could be broadcast on television or the web. See Cameron-Wolfe's Composition Catalogue below.

As a pianist, Cameron-Wolfe focused in recent years on the "missing links", composers of the early 20th century who provided the transition from late Romanticism into post-World War II "sound art" but whose music is now seldom heard. His  repertoire includes works by Leo Ornstein, Thomas de Hartmann, Dane Rudhyar (with whom he studied and whose music he has recorded), William Flanagan, Lev Revutsky, Julian Krein, and Charles Ives.

Devoted to the promotion of modern classical music (which he prefers to call “sound art”), Cameron-Wolfe has served as an administrator for several musical organizations: Friends of American Music (1974 to the present), the New Mexico Music Festival (1978-82), Music from Angel Fire (1984), The Charles Ives Center for American Music (1990-92), and as Executive Director of the American branch of CESAME: the Center for Soviet/American Musical Exchange (1989-93). He frequently presents guest lectures and workshops and has served as adjudicator for composer and performer competitions - in the USA and abroad.

Over the past ten years, his creative output has increased immensely, producing a broad array of new works in various media.