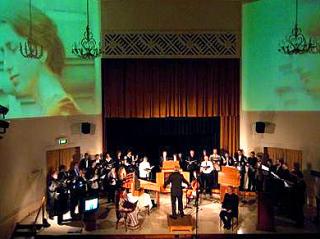 Astra Choir in Melbourne performs music new and old from the ACA catalog: Robert Carl and John Becker
Submitted by ACA on 2018-06-10T21:00:00

The Astra Choir's 68th year of concerts in Melbourne continued its path through the ever-changing surroundings of contemporary and choral music, where emerging works, styles and voices give rise to new historical perspectives on the recent and more distant past.

The June 10 program, which took place in the sonorous space of the Carmelite Church, drew on an arc of choral soundscapes of the American tradition – from Charles Ives and his neglected colleague John J. Becker to Donald Martino and Robert Carl – around Keith Humble’s spiralling perpetuo- moto of string-quartet sound and his open-form choral continuum ACCJ, first composed for the Astra Choir 10 years before the quartet, in 1979.

Melbourne's Astra Choir has played a dynamic role in Australian musical life for several decades with presentations of new and original work from all musical periods. Its repertoire ranges widely from mediaeval and Renaissance music through Bach, 19th-century music and Schoenberg to the latest in electronic and post-minimal music from Australia, Europe and the USA. It frequently gives first Australian performances of music-works and experiments with various modes of presentation, including improvisation, spatial movement and sound technology.