SONATA No. 2 FOR CELLO AND PIANO 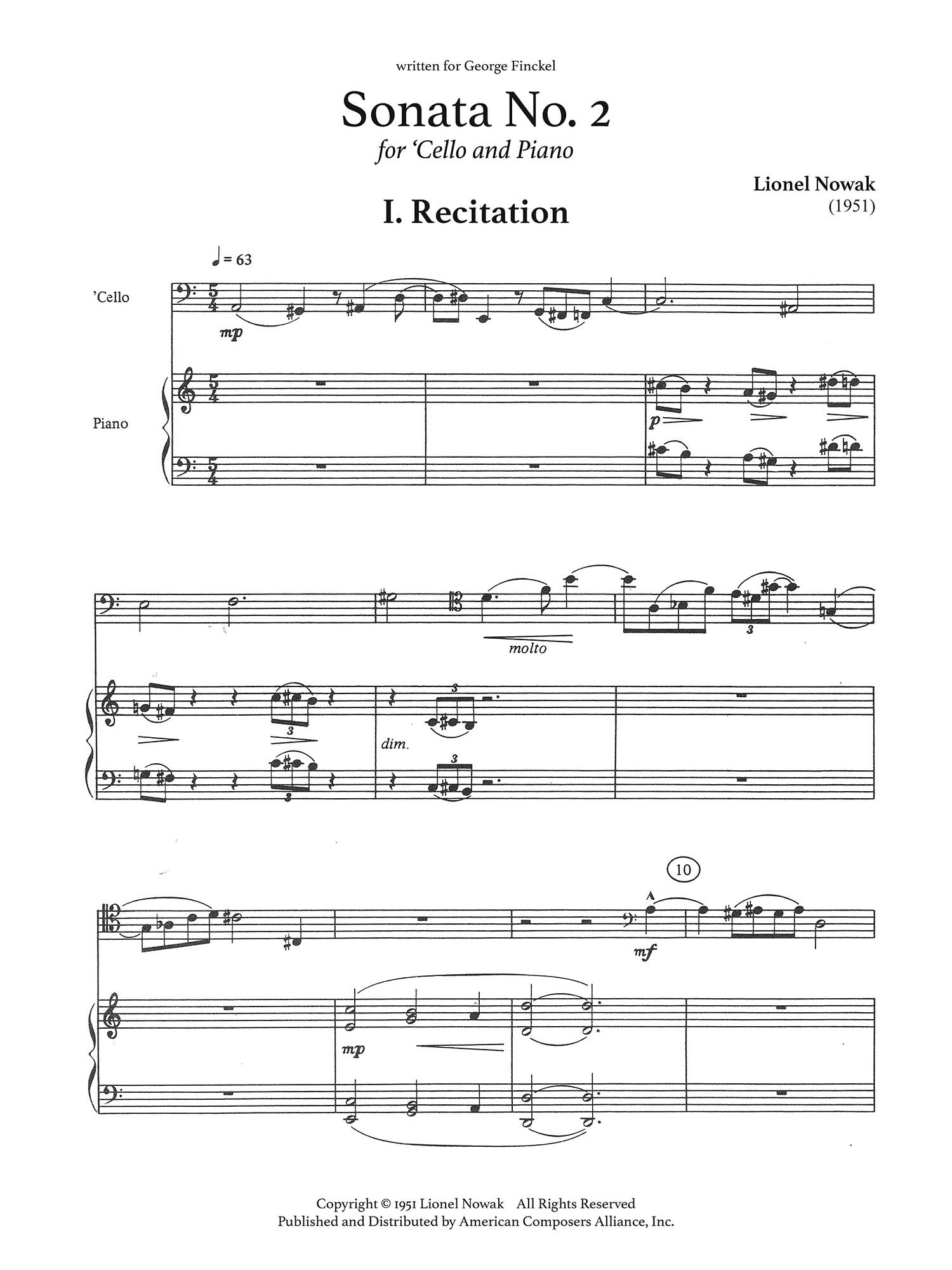 SONATA No. 2 FOR CELLO AND PIANO

Sonata No. 2 (1951) was written for George Finckel and premiered at Syracuse University, April 3, 1951 by Mr. Finckel and Mr. Nowak. Quoting Mr. Nowak, the sonata represents, “an attempt to combine the formal implications of twelve-tone with classical motifs.” Theodore Strongin wrote in the New York Herald Tribune, September 9, 1951, “Mr. Nowak’s second cello Sonata has the impact of music thoroughly contained within the instrument for which it was written. Though he uses all sorts of tricks, he can also sing in the well-known cello manner. The Sonata shows quick interest in the locale of the sound, either high, low or cascading, and in sudden, lively gestures.”