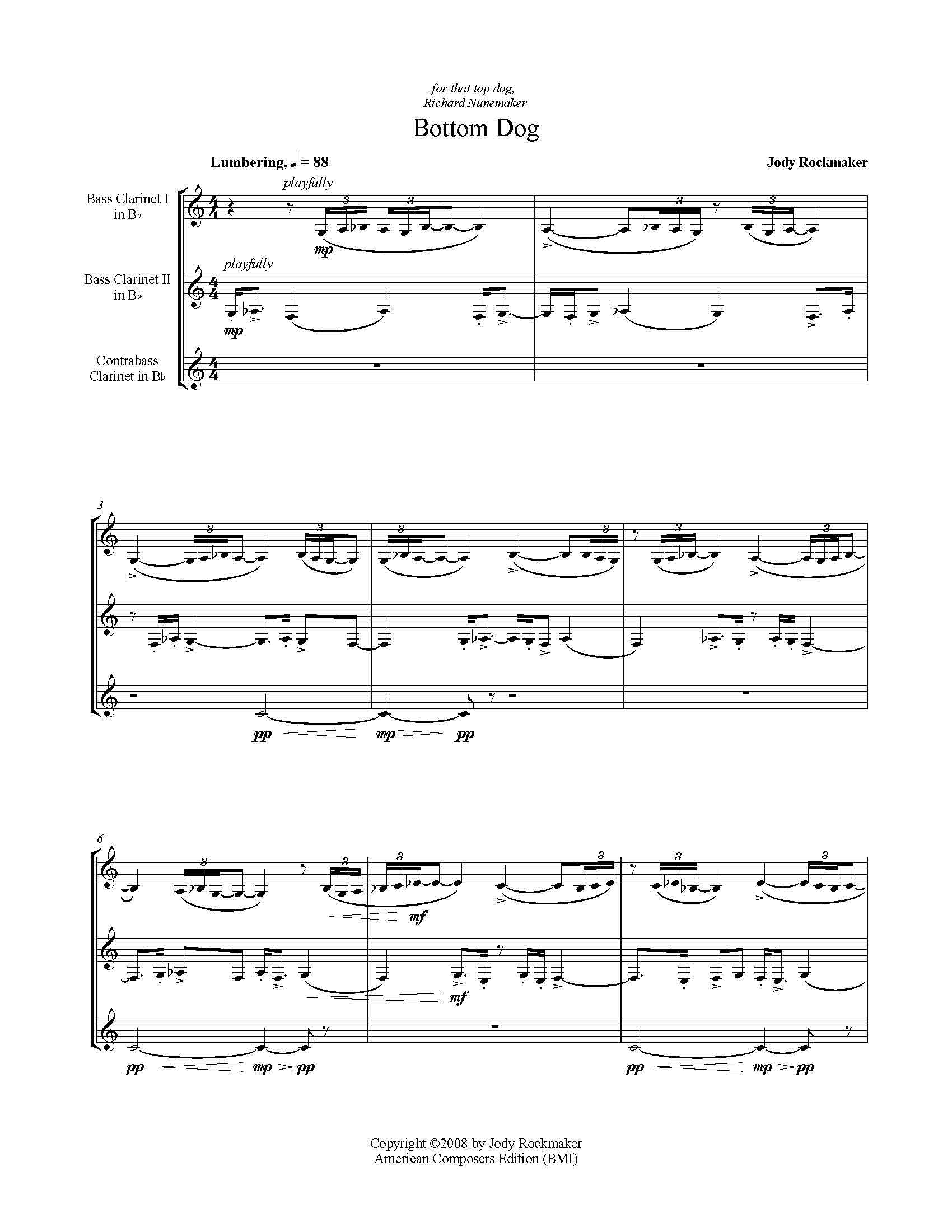 Two big, slobbery mutts frolic in the muddy patch of a dog park. A much bigger, scruffy dog lurks behind the gate. The two buds cautiously romp. The great mongrel growls and paws to get in. Suddenly, he bursts into the enclosure. Dogs scatter in panic. Big boy huffs and snarls before staking his claim in the middle of the pitch. The two friends warily circle the perimeter. The droopy-eyed monster eyes them suspiciously. Swiftly, the behemoth lashes out at our two comrades. The chase is on! The cur nips at the hapless duo as they run panic-strickened from the field. One large, muddy, grass-covered brute sits in the dog park and wails a lament about being left all alone. Our two brave heroes carefully approach and find a new friend. Three large shaggy friends frolic in the muddy patch of a dog park.

The first image that came to my mind when Dick Nunemaker first invited me to our fourth collaboration (this time a trio for two bass clarinets and the under-used contrabass clarinet) was of three large but agile dogs rollicking in a park. A story took shape that became the underlying structure behind Bottom Dog.  Two identical instruments and one much larger cousin become characters in a drama in which the odd fellow clumsily struggles for acceptance. Musically, the three instruments share many traits, especially the two bass clarinets. Each part also maintains its own distinct character throughout the work, as melodies transform from one personality to the next as it gets passed around.