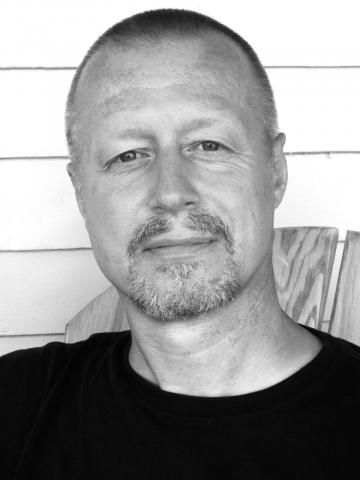 Recently described as “the New England master of the short piece,” John McDonald is a composer who tries to play the piano and a pianist who tries to compose. He is Professor of Music and Director of Graduate Music Studies at Tufts University, where he teaches composition, theory, and performance. His output concentrates on vocal, chamber, and solo instrumental works, and includes interdisciplinary experiments. Before arriving at Tufts in 1990, he taught at Boston University, the Longy School of Music, M.I.T., and the Rivers Conservatory. He was the Music Teachers National Association Composer of the Year in 2007 and served as the Valentine Visiting Professor of Music at Amherst College in 2016–2017. John McDonald earned four degrees, including a DMA, from Yale University and the Yale School of Music.

McDonald has composed upwards of 3000 solo piano miniatures gathered in annual collections (Piano Albums 1984-2019). He has performed many of these works, as have more than forty other pianists.

He has collaborated throughout his composing and performing life with singers, instrumentalists, and other composers, notably soprano Karol Bennett, Florestan Recital Project, and composers T.J. Anderson, Jr., Anthony Brandt, Robert Carl, David Claman, Mark DeVoto, Tod Machover, Ryan Vigil, and many others. He is the pianist of The Mockingbird Trio (with Elizabeth Anker, contralto and Scott Woolweaver, viola) and The Turina Trio (with Marco Granados, flute and Ken Radnofsky, saxophone), and He has recorded widely (on the Albany, BMOP Sound, Bridge, Centaur, Hungarton, and New World labels, to name a few) as both composer and pianist.

McDonald’s research interests include composition and new music pedagogy; intermedia collaboration involving composing and performing; solo and chamber music composition, performance, and recording; writing new music for young and non-professional performers; music applications for visual art and science; and advocacy of new and overlooked composers through research and performance. A recording of his solo piano music At All Device with pianist David Holzman was released on Bridge Records (9528) in March 2020, and his book, Stirring Up the Music: The Life, Works, and Influence of Composer T(homas) J(efferson) Anderson, is forthcoming from Borik Press.