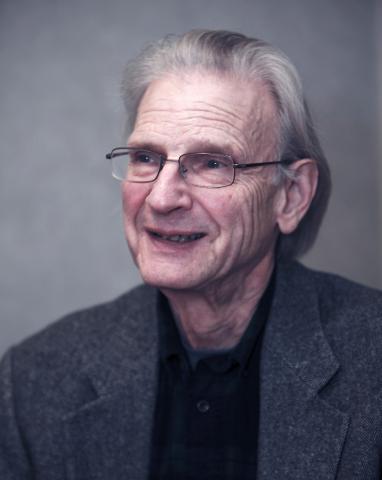 Thomas L. Read, noted composer and violinist, is Professor Emeritus at the University of Vermont. Born in Erie, Pennsylvania in 1938, he studied violin, composition and conducting at the Oberlin, Mozarteum, New England and Peabody Conservatories with such noted musicians as Andor Toth Sr., Richard Burgin, Bernhard Paumgartner, Leon Fleisher, and Benjamin Lees. As violinist he has been a member of the Erie Philharmonic, Baltimore Symphony, Boston Festival Arts (under Harold Farberman), Vermont Symphony and the Saratoga Festival of Baroque Music. He joined the faculty of the University of Vermont in 1967, becoming Professor Emeritus in 2008. During his more than 40 years on the faculty he taught countless students, conducted and coached many concerts and musical theater productions, and led an innovative series of new music concerts and lectures (Symposium on Contemporary Music, held annually from1968 until 1991).He remains active as a violinist and conductor as well as a composer. He has written music for a variety of media- much of it on commission: music for small ensembles, full orchestra including two symphonies, solo voice, chorus and musical theater. Working with many performers and venues, his music has been heard live and through radio broadcasts across the U.S. and in various European cities from London to Sofia. He has been a recipient of Vermont Arts Council and University Stipends, UVM Faculty Emeritus Development Award, and  fellowships from organizations such as the McDowell Colony, the Charles Ives Institute, and the Johnson Composers Conference.   A complete repertoire and recording list is at ThomasLRead.com.

Over the past three decades he has created a body of music that projects a consistent and distinctive personal style while embracing a variety of New Music idioms and techniques. Critics, while noting its lyrical qualities, have called his music "substantive and meticulously planned, with a wide expressive range leaving a feeling of rich satisfaction." His seemingly free lyrical forms are the outcome of "compositional strategies that engender multidimensional and fascinatingly equivocal emotional states."
Working with many performers and venues, his music has been heard live and through radio broadcasts across the U.S. and in various European cities including London, Amsterdam, Salzburg and Sofia. Stations that have featured his music include WGBH, WCBR, WBUR in Boston, KGNU in Boulder Colorado, WVPR and WGDR in Vermont. Organizations and performers who have commissioned and premiered his music include The Vermont Symphony Orchestra, The Vermont Friends of Music, The Barbican Centre, The Social Band, The Vermont Youth Orchestra, Ukrainian String Quartet, The New England Conservatory Alumni Association,  Sage City Symphony, Royall Tyler Theatre and University Players, The Pittsburgh New Music Ensemble, Vermont Contemporary Music Ensemble, North/South Consonance,  Cathedral of St. Paul in Burlington, the Raphael Piano Trio, Craftsbury Chamber Players, Bertram Turetzky, Dona Amato, Carson Cooman, Mark Nelson, Pam Guidetti, Marge and Richard Veleta, Michael Arnowitt, Neil Boyer, David Cowley, C. Robert Wigness, Paul Orgel, and many others.

Brahms Fantasy - for violin and piano
Contraries - for handbell choir
Light After Light - for clarinet, violin, cello, and piano
Watch in the Night - for two clarinet and piano

Corrente - for oboe, clarinet, and bassoon
Naming the Changes - for soprano and ensemble
Solo Music for Clarinet
Suite for Solo Violin
Sunrise Fable -
for narrators and orchestra