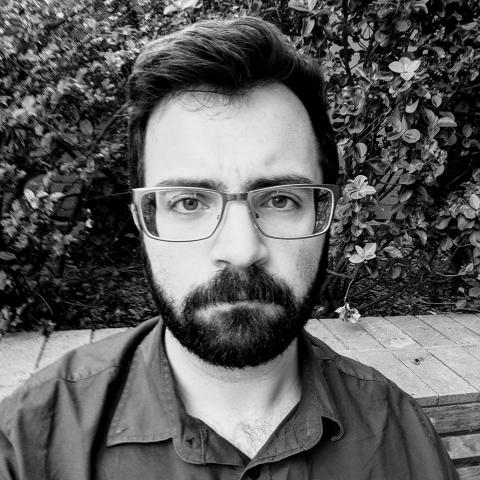 Max Grafe writes music characterized by "jagged declamations and muffled filigree" (Gramophone) with the aim of striking a distinctive balance between the stylistic immediacy of modernism and the dramatic power of romanticism. Max’s music has been commissioned and programmed by a wide range of ensembles—including the New York Philharmonic, the New York New Music Ensemble, Quince Ensemble, ensembleNEWSRQ, and Duo Entre-Nous—and has been featured at numerous music festivals across the country, including the Tanglewood Music Center, the Resonant Bodies Festival, and the Santa Fe Chamber Music Festival. Max is a founding member of New York-based composer collective ICEBERG New Music, in which capacity he has collaborated with many prominent NYC new music ensembles, including Contemporaneous, Yarn/Wire, Hypercube, and Decoda. Max’s music appears on commercial recordings by the New York Philharmonic, Quince Ensemble, Duo Entre-Nous, pianists Jenny Lin and Mika Sasaki, and harpist Emily Levin.

Max has received several of the most prestigious awards available to emerging American composers, including a Charles Ives Scholarship from the American Academy of Arts and Letters, a William Schuman Prize from BMI, two consecutive Palmer Dixon Prizes from the Juilliard School, and a Morton Gould Young Composer Award from ASCAP.

Max is a member of the music faculties at Montclair State University and the Kaufman Music Center. He received a Doctor of Musical Arts degree from the Juilliard School in 2018, a Master of Music degree from Juilliard in 2013 and a Bachelor of Music degree from the Jacobs School of Music at Indiana University in 2011. Further studies have taken place at Mannes College of Music, the Freie Universität Berlin, the Aspen Music Festival and School, and the Tanglewood Music Center.