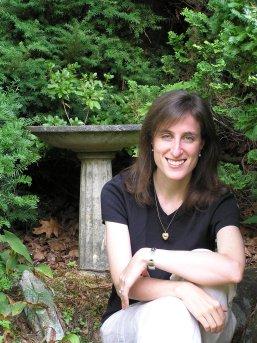 Francine Trester is a composer and Professor of Composition at Berklee College of Music. Trester is an active member of many facets of Boston’s musical scene, having worked with ensembles such as the Boston Landmarks Orchestra and presented works in The Hatch Shell and Jordan Hall. The Nahant Music Festival has a longstanding relationship with Trester, having commissioned and premiered two operas and various other chamber works. Alongside her concert work in and around the greater Boston area, Trester has worked with musicians of all backgrounds, such as the young musicians of The Rivers School, and the homeless community of Shelter Music Boston.

Outside of Boston, Trester’s music has been performed globally at such illustrious venues as The Louvre, Lincoln Center, and Carnegie Hall, and has reached as far as Russia, China, France, Great Britain, and Italy via festivals such as the ICA ClarinetFest and the Fringe Festival. Her music has been presented by the renowned musicians of Mirror Visions Ensemble, Amram Ensemble, the Bach, Beethoven, and Brahms Society, the Scottish Clarinet Quartet, as well as soloists such as Aaron Larget-Caplan, Michael Hall, Jayne West, Elizabeth Anker, and the late Donald Wilkinson and Robrert Honeysucker.

Trester received her BA, MA and DMA from Yale University and was awarded a Fulbright Scholarship to study composition in Cambridge, England. She has received awards from ASCAP, the Fromm Foundation, the Massachusetts Cultural Council, and the National Endowment for the Arts. Her compositions are recorded on Albany and Crystal Records, and published by the American Compsoers Alliance and Clear Note Publications.