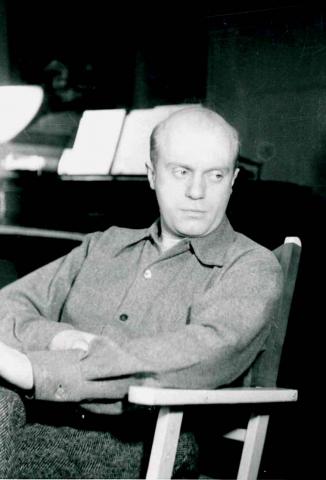 Weber was largely self-taught. He worked initially as a copyist and only came to recognition in the 1950s. Weber used the twelve-tone technique but, rather than avoid tonality, he worked with it and achieved a virtuoso Romantic style. He composed chamber music for various combinations of instruments, orchestral music including concertos for violin and piano, piano music, and songs.

Weber received the Thorne Music Award in 1965. He authored his own memoirs, How I Took 63 Years to Commit Suicide, the year he died.

Publ by Round Hill/E. B. Marks:

Dolmen for Winds and Strings, Op. 58