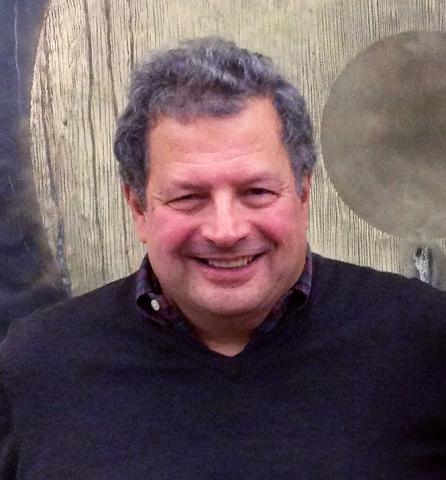 Paul Paccione was born in New York City in 1952. He studied classical guitar at the Mannes College of Music (B.M. 1974), where he was influenced by music theory teacher and composer Eric Richards and encouraged to begin studying composition. He began private composition studies with composer Harley Gaber. He continued composition studies at the University of California, San Diego, with composer Kenneth Gaburo (M.A., 1977). His studies with Gaburo focused primarily on the numerous potentials in musical text setting (compositional linguistics) and began a continuing engagement with vocal music. He later studied composition with composer/ conductor William Hibbard, at the University of Iowa (PhD, 1984). Hibbard’s impeccable ear for pitch relationships strongly influenced Paccione’s development of his own compositional voice.

Other than his teachers, the composers of the 20th-century whose music and thought have had significant influence on his own musical thought include: Igor Stravinsky (for the clarity of his orchestration and his deeply felt awareness of the importance of a living musical tradition), Anton Webern (for the contrapuntal rigor of his music, as well as his belief in musical structure as an organic process), Erik Satie (for his restraint), Morton Feldman (for his meticulous sense of instrumentation in conjunction with exact pitch placement, as well as his trust in musical intuition), and John Cage (for his never-ending sense of experimentation and his openness to all forms of compositional influence outside of music - including literature, painting, and philosophy.

Paccione joined the music faculty at Western Illinois University in 1984. He retired from W.I.U. in 2018 as Emeritus Professor of Music Theory/Composition. While at W.I.U. he regularly taught courses in Undergraduate Music Theory, Music Composition, Musical Analysis, Counterpoint, Materials of 20th/21st - Century Music and History of American Music. During his teaching career at Western, he received six Faculty Excellence Awards and was named the 1988 Outstanding Teacher in the College of Fine Arts. He was named Western Illinois University's Distinguished Faculty Lecturer for 2002, the highest recognition conferred by the university upon a faculty member. In 2012, he received the Outstanding Creativity Award from Western’s College of Fine Arts. He was co-founder and co-director of Western's annual New Music Festival, which hosted numerous composers over more than thirty years.

His music is noted for its lyricism, distinctive orchestration, contrapuntal refinement and metaphoric complexity. He is an active composer whose works are widely and frequently performed, both  nationally and internationally. He has composed music for acoustic instruments, voices and  electronics and he has written music for both dance and opera. He has set to music texts by Arnaut Daniel, Christina Rossetti, John Donne, Gerard Manley Hopkins and Stéphan Mallarmé. In December of 2014, Western Illinois University’s Opera Theatre Company presented first performances of his opera “The World Is Round,” based on the children’s book by Gertrude Stein. Recent compositions include “Sea and Sky” for chorus and orchestra and “Flight Calls” for wind ensemble.

Frog Peak Music, Lingua Press, American Composers Edition and SCI Journal of Music Scores publish Paccione’s music. In 2010 New World Records released a c.d. recording (“Our Beauties Are Not Ours”) devoted entirely to his instrumental solo and chamber music, as well as his vocal and choral music. Writing in Fanfare magazine, Michael Cameron has described the music on “Our Beauties Are Not Ours” as “consistently compelling, and often extraordinarily moving.”

Additional recordings of his music are available on the Frog Peak, Capstone and Navona labels, as well as CD Baby. In 2021 Navona Records will release a recording of his recent piano music. He has lectured and written numerous articles on various aspects of modern music and particularly on the interplay of cultural conditions and compositional thought in the 20th and 21st centuries. His writings on music have appeared in Perspectives of New Music, ex tempore, College Music Symposium, American Music, The Journal of Music Theory Pedagogy and as liner notes for New World Records. He has been a frequent preconcert lecturer for the Chicago Symphony.