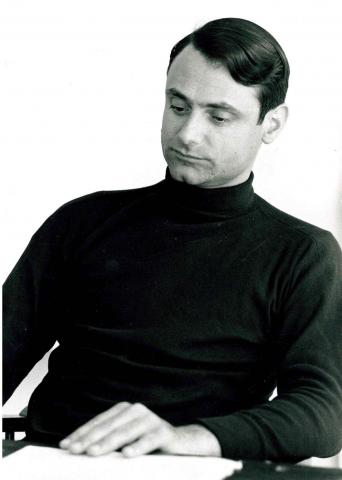 Nicolas Roussakis, a composer and a founder of the American Composers Orchestra, passed away in 1994 at the age of 60. He was born in Athens, moved to the United States at the age of 15 and was granted citizenship at 21. He earned a doctorate in music at Columbia University, where he taught from 1968-77, and he studied in Germany on a Fulbright grant. Most recently, he was on the faculty at Rutgers University in New Brunswick, N.J. He won several awards for his compositions. He received commissions from the National Endowment for the Arts and the New York State Council on the Arts and received two fellowships from the New Jersey State Council on the Arts.

Among his works are the symphonic poem "Fire and Earth and Water and Air," the "Hymn to Apollo" for small orchestra and "Ephemeris" for string quartet. Mr. Roussakis was an energetic promoter of contemporary music. He was the executive director of the Group for Contemporary Music from 1971-85, president of the American Composers Alliance from 1975-81 and vice president of the American Composers Orchestra, of which he was a co-founder in 1976 with Dennis Russell Davies, Francis Thorne and Paul Lustig Dunkel.