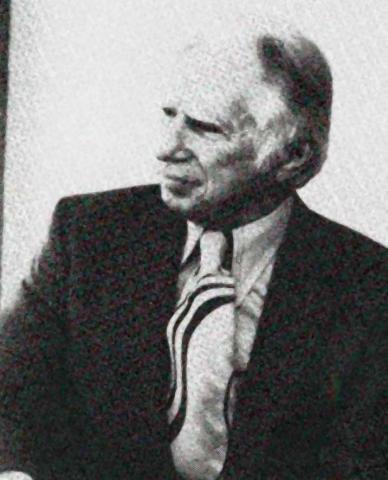 Stein attended DePaul University, where he achieved his MM in 1935 and his Ph.D. in 1949; he studied under Leo Sowerby, Eric DeLamarter, Frederick Stock, and Hans Lange.
He taught at DePaul from 1931 to 1978; he was dean of the School of
Music there between 1966 and 1976. Stein was also Director of the
Graduate Division at De Paul University of Music. College of Jewish Studies, Chicago. He directed a number of Chicago ensembles, including the City Symphony of Chicago.

Stein's compositions were modernist in character; his works for
saxophone are his most popular pieces. He also wrote on music,
particularly Jewish music. His manuscripts are held in the Richardson
Library at DePaul.

Leon Stein was associated with the musical life of Chicago for half a century. A native of the city, he was born in 1910, and studied at DePaul University, where he taught for 47 years, ultimately serving as Professor of Music and Dean of the School of Music. He was also the conductor of the DePaul University Orchestra (1965-77), Director of the Community Symphony of Chicago (1945-65), Director of the City Symphony of Chicago (1964-84), and Music Director of Niles Township Jewish Congregation in Skokie (1956-66), having studied conducting with Frederick Stock and Hans Lange.

He was the composer of more than one hundred published works, including four symphonies, two one-act operas, five string quartets, and numerous solo and chamber works. His music has been performed by the orchestras of Chicago, Boston, Detroit, and Cincinnati, among the more than 90 orchestras that have played his compositions, and his quartets were recorded by the Chicago Symphony Orchestra String Quartet. Dr. Stein was the winner of the American Composers' Commission Award Contest in 1950 for his Symphony No. 2, a work described by composer and critic Peggy Glanville-Hicks as music of "considerable power."

Among his numerous awards and prizes Dr. Stein received both the Distinguished Alumni Award (1976) and the highest faculty award, the Via Sapientiae Award (1979), from DePaul University, and was inducted into the City of Chicago's Hall of Fame in 1982. He was also the author of The Racial Thinking of Richard Wagner, a book based on his doctoral dissertation, and the books Structure and Style and Anthology of Musical Forms, and a member of the American Composers Alliance and the Society of Composers, Inc.