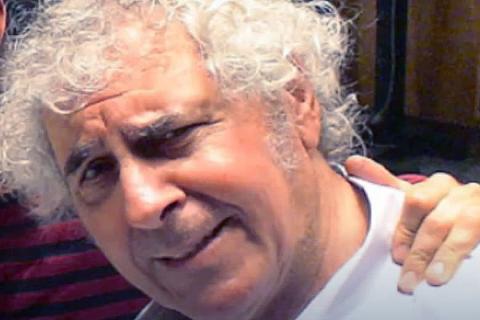 Haim Shtrum (1939-2021), composer and violinist, was born in Tel-Aviv, Israel. He came to the United States as a student of Dorothy DeLay and Louis Persinger at the Juilliard School in New York City. While there, he also studied with Isidore Cohen, Felix Galimir, Bernard Wagenaar and Jacob Druckman. He was the recipient of the Serge Koussevitzky Fellowship to the Tanglewood music Center and also received the Leventritt Music Foundation Chamber Music Scholarship.

Upon graduating from the Juilliard School, Mr. Shtrum joined the University of Delaware String Quartet as Artist-in-Residence. Three years later he became a member of the Detroit Symphony Orchestra. While in Detroit, he was a member of the St. Clair String Quartet and also studied composition with George Wilson at the University of Michigan. After moving to Los Angeles, Mr. Shtrum was on the faculty at UCLA as a member of the string-quartet-in-residence. He also joined the Los Angeles Chamber Orchestra under Neville Marriner. He has performed as a recitalist in numerous chamber and new music concerts including the Monday Evening Concerts at the Los Angeles County Museum of Art.

As a composer, Mr. Shtrum has had many works performed in the Los Angeles area. He conducted two of his works with the San Luis Obispo Symphony Orchestra, Symphony in G in 1996 and "Continuum" in 2004.