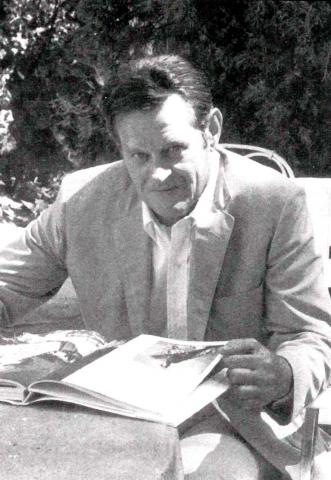 Parmentier served in the military in France during World War II. He
returned after the war and gradated from the Paris Conservatory.

Through
much of the 1950s, Parmentier taught and composed in San Francisco. In
the late 1950s, he lived in San Francisco in the winter and in the
summer built the home on a plot of family land on the east shore of
Green Bay.

Parmentier lived in the home year-round from the early 1960s to his death in January 2008.