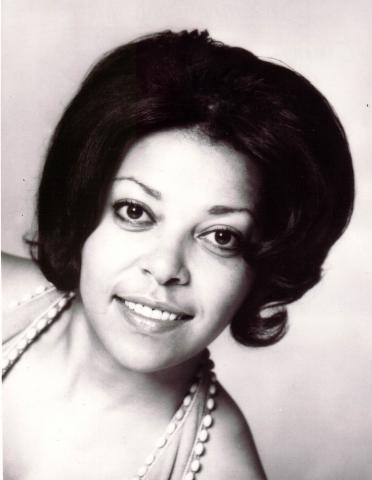 Dorothy Rudd Moore (1940-2022), received commissions from the National Symphony, Opera Ebony, and the Buffalo Philharmonic, among many solo artists. Considered one of her generation's leading composers of color, her music has been performed and recorded world-wide, and includes chamber pieces, song cycles, orchestral music, and an opera, and is admired for its high level of artistry and its seriousness of purpose.  Other awards she has received include an American Music Center Grant, 1972; New York State Council on the Arts Grant, 1985; and several Meet the Composer grants. Two of her works, Dirge and Deliverance, and Songs From the Dark Tower were released by Performance Records in 1981 and reissued in 2021. In 1985, the world premiere of her opera, Frederick Douglass, took place in New York City.

Moore's parents fully supported her ambitions to be a composer. She studied piano at the Wilmington School of Music and became a student of Harry Andrews. Moore learned to play clarinet so that she could join the all-male band at Howard High. She graduated from Howard University in 1963 where she studied with Dean Warner Lawson, Thomas Kerr, and Mark Fax. She received the Lucy Moten Fellowship to study in France where she continued her studies with Nadia Boulanger in Paris in 1963 and then with Chou Wen-Chung in New York in 1965. In 1968 she became a co-founder of the Society of Black Composers in New York City. As an educator, she has taught voice, piano, and ear training courses at Harlem School of the Arts, 1965-66; New York University, 1969; and Bronx Community College, 1971. She passed away on March 30, 2022.

Also see From Spirituals to Symphonies: African-American Women Composers and Their Music
by Helen Walker-Hill  (Author)

***Notice: Any recordings of songs or vocal music by Dorothy Rudd Moore need to be licensed and clearances obtained from all legal rightsholders, including ACA, text authors and their estates. Purchase of a score does not transfer recording rights.