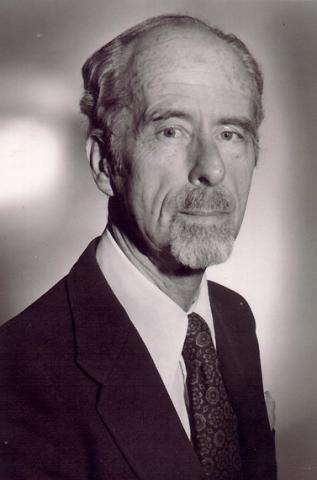 Thomas Canning was
born in Brookville, Pennsylvania in 1911. He received the Bachelor of Music
degree from Oberlin College in 1936 and the Master of Music degree from the
Eastman School of Music of University of Rochester in 1940. At Oberlin he
studied composition with Normand Lockwood and at Eastman with Howard Hanson and
Bernard Rogers. From 1936 to 1941 he taught at Morningside College in Sioux
City, Iowa and in 1945 and 1946 he taught at Indiana University of
Pennsylvania. He was on the music faculty of the Royal Conservatory of Music at
the University of Toronto during the 1946-1947 academic season and from there
went to Eastman School of Music where he taught until 1963. Canning taught at
West Virginia University from 1963 until his retirement in 1977 at which time
he was named Professor Emeritus. He was a Fulbright Scholar in England in
1961-1962.

Canning was a member of the American Composers Alliance, The Hymn Society of
America, Pi Kappa Lambda (National Music Honorary Society), and in 1966 was named
a National Honorary Member of Phi Mu Alpha Sinfonia. Most of his compositions
were written for specific occasions or organizations. Canning died in 1989.