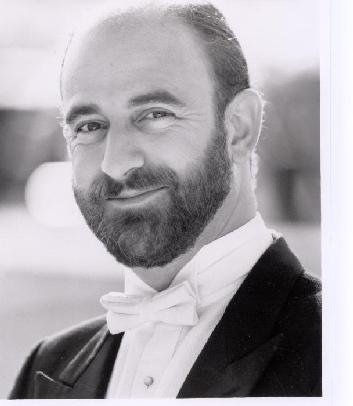 Gary M. Schneider (b. 1957) is a multi-faceted musician whose musical interests cross all stylistic boundaries. He first gained attention as the music director and conductor of The Hudson Chamber Symphony, an award-winning ensemble he founded in 1981 and led for ten seasons. A prize-winner in the 1987 Leopold Stokowski Competition for American Conductors, Mr. Schneider made his European debut in 1988 at the International Zelt Musik Festival in Freiburg, Germany. The Badische Zeitung heralded him as an "astonishing" musician for his diverse and impressive efforts as conductor, composer, "jazzer" and pianist. In recognition of his efforts at the 1988 festival, Mr. Schneider was awarded the "Society of Baden-Württemberg Cultural Prize" and was appointed principal conductor of the Festival Orchestra the following year.

Equally active as a composer, Mr. Schneider is a member of the American Composers Alliance, an affiliate writer of Broadcast Music Inc., and has works published with Peer Music, Berben edizioni musicali, and American Composers Editions. His compositions span a variety of concert music as well as music for theater, dance and for films.

Mr. Schneider utilizes his composer's insight to great effect in all his music-making. Whether he is surveying cherished standard repertoire with "fresh" eyes and ears delivering performances that are as vital as when the works were new, or delivering riveting performances of works that have just been composed. His commitment to excellence is coupled with a drive to perform music that is not frozen in time or performance tradition.

"Every performance must be honest and real, charged with personal commitment and devotion to the moment. Go beyond faithfully reproducing the notes on the page. Take chances and make great music!"