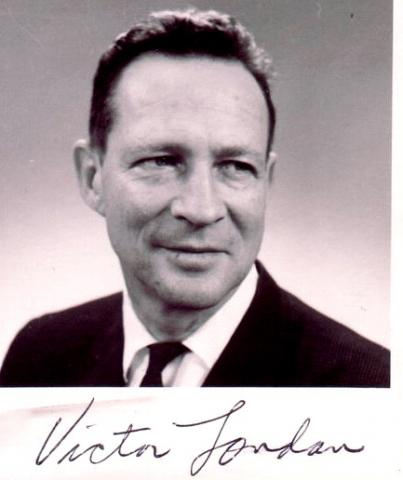 Victor Landau, a retired 37-year professor of music at the State
University College at New Paltz, died Dec. 1, 1990 at Vassar Hospital,
Poughkeepsie. He was 74. Mr. Landau, who retired from SUNY New Paltz in
1987, composed vocal, instrumental and chamber music. His major work A
Concerto for Violin, Orchestra and Chorus, performed this Oct. 12 at the
Bardavon Theater in Poughkeepsie under the baton of conductor Luis
Garcia-Renart. The son of Samuel and Elizabeth Grubman Landau, he was
born June 18, 1916, in Long Island. He was a World War II veteran and a
member of Congregation Ahavath Achim, New Paltz.

Mr. Landau received his
doctorate from New York University; was a former president of the
American Association of University Professors; and represented SUNY New
Paltz faculty members on the All University faculty Senate for two
terms. He also was a member of the executive board of United University
Professors; a member of the American Composers Alliance; and a member of
the American Musicological Society. Survivors include his wife, Carolyn
Cahn Landau, at home; two sons, Thomas of Denver, Colo., and John of
New Paltz; a sister, Josephine Rose of Long Island; and nieces and
nephews. Memorial contributions may be made to the Scholarship Fund of
the Music Department of SUNY New Paltz.