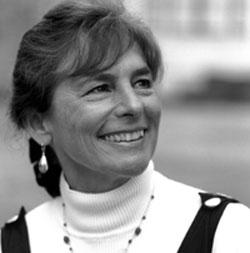 Composer/pianist Sarah Meneely-Kyder (b. 1945) is a graduate of Goucher College, Peabody Conservatory and Yale University. Her composition teachers have included Robert Hall Lewis, Earle Brown and Robert Morris. In the years following her formal education in the Western musical tradition, she studied the North Indian sitar and was eventually initiated by Roop Verma, a student of world renowned sitarist, Ravi Shankar. She has also studied the South Indian veena. As a composer, most notable are those works that fuse disparate musical traditions into single pieces. Larger works have been performed by American Music/Theatre Group, City Singers of Hartford, the Albany Pro Musica Chorus, the Wesleyan University Orchestra and the New Haven Symphony. A member of American Composers Alliance, and a founding member of Connecticut Composers, Inc., her creative endeavors have been rewarded with several grants and prizes including Yale University's Rena Greenwald Memorial Prize and several Artist Project Grants from the Connecticut Commission on the Arts.

Meneely-Kyder has done two recordings for CD on the NORTH/SOUTH RECORDING,INC. label. She is published in the Dictionary of Contemporary Music, edited by John Vinton, and she has an entry on her music in the revised edition of Baker's Biographical Dictionary, edited by Nicholas Slonimsky. As a pianist, she is most interested in the performance of contemporary music, with specialization in 20th century American music. She was praised by Kyle Gann, critic for the Village Voice, for a performance of a work by Alvin Lucier, noted exponent of sonic art. She has performed with the New London Contemporary Ensemble, the Nutmeg Chamber Ensemble, and at Wesleyan University, where she is currently on the faculty as an instructor of piano in the Private Lessons Program.