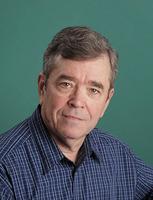 Trombly earned his Bachelor of Music from the University of Connecticut in 1969. He received a Master of Musical Arts degree from the Yale School of Music in 1972. He has been a Fellow in Composition and Conducting at the Tanglewood Music Center (1970), a Guggenheim Fellow (1974–1975), and a resident fellow at the MacDowell Colony. Trombly's visual art has been shown in multiple exhibitions, principally in the New York area.

In the early 1980s Trombly was active as a saxophonist and jazz clarinetist. He played with the Jaki Byard group, and also as a soloist. He has taught at Vassar College, CUNY and the Catholic University of America.