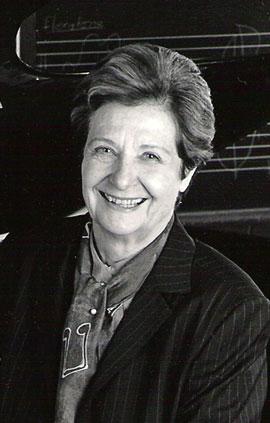 Born in the United States and living in Vienna for many years, Nancy Van de Vate is known worldwide for her music in the large forms.  She currently teaches music composition at the Institute for European Studies in Vienna. Nancy Van de Vate has also been a faculty member at eleven colleges and universities in the United States and at the Jakarta Conservatory (Yayasan Pendidikan Musik) in Indonesia.  Her full-length opera, All Quiet on the Western Front (Im Western Nichts Neues) premiered in Osnabrück, Germany in 2003 and was performed there ten times to great critical acclaim. The same work was included in May 2003 by the New York City Opera in its VOX 2003: Showcasing American Opera series, again to critical acclaim.