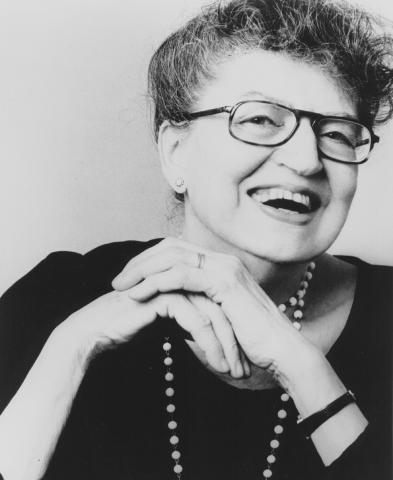 Miriam Gideon (1906–1996) was born in Greeley, Colorado, where her father, who had been also ordained as a Reform rabbi, was a professor of philosophy and modern languages.

She studied organ with her uncle Henry Gideon and piano with Felix Fox. She also studied with Martin Bernstein, Marion Bauer, Charles Haubiel, and Jacques Pillois. She studied harmony, counterpoint, and composition with Lazare Saminsky and at his suggestion also composition with Roger Sessions, after which she abandoned tonality and wrote in a freely atonal or extended post-tonal style.

Gideon moved to New York City, where she taught at Brooklyn College, City University of New York (CUNY) from 1944 to 1954 and City College, CUNY from 1947 to 1955. She then taught at the Jewish Theological Seminary of America at the invitation of Hugo Weisgall in 1955, and at the Manhattan School of Music from 1967 to 1991. She was rehired by City College in 1971 as full professor and retired in 1976.

In 1949 Gideon married Brooklyn College assistant professor Frederic Ewen. Both were political leftists. Ewen, who refused to testify before the Rapp-Coudert Committee in 1940, was summoned to testify before the Senate Internal Security Committee chaired by Democratic Senator Pat McCarran in 1952. He retired to avoid testifying. Miriam Gideon was investigated by the FBI, and in 1954 and 1955 she resigned from her music teaching posts at City College and Brooklyn College.

She was the second woman inducted into American Academy and Institute of Arts and Letters in 1975, following Louise Talma who was inducted in 1974.

She died in New York City.

Gideon's 1958 opera Fortunato, edited by Stephanie Jensen-Moulton, was published as part of the Recent Researches in American Music series by A-R Editions in 2013. Jensen-Moulton has published extensively on Gideon, including a number of essays available online, including "Setting an 'Unused Poem': Miriam Gideon’s 'Böhmischer Krystall' " for the American Composers Alliance.