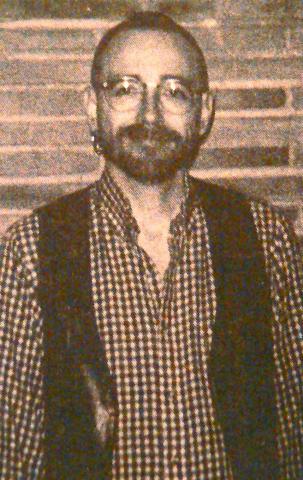 Michael Seyfrit was born in Kansas in 1947 and grew up in Pasco, Washington and Piqua, Ohio. In the course of a multifaceted career, Seyfrit did research and historical orchestrations for the Smithsonian Institution's Divisions of Musical Instruments and Performing Arts, and was Curator of Musical Instruments at the Library of Congress for four years. His writings include Musical Instruments in the Dayton C. Miller Collection at the Library of Congress, Volume I: Recorders, Fifes, and Simple System Transverse Flutes of One Key, and the articles on woodwind instruments in the 1986 edition of The New Harvard Dictionary of Music. As a composer, he received the Charles Ives Scholarship from the National Academy of Arts and Letters.

As an instrumentalist on recorder, baroque oboe and baroque flute, Seyfrit performed and recorded with the Smithsonian Chamber Players and appeared with other ensembles including Hesperus, Wondrous Machine, Berkeley Collegium Musicum, Portland Baroque Orchestra and Early Music Guild of Oregon. His final years were spent on the West Coast, where he worked as a computer programmer. Michael Seyfrit died of AIDS in Portland, Oregon at the age of 46 on May 29, 1994. —Nurit Tilles