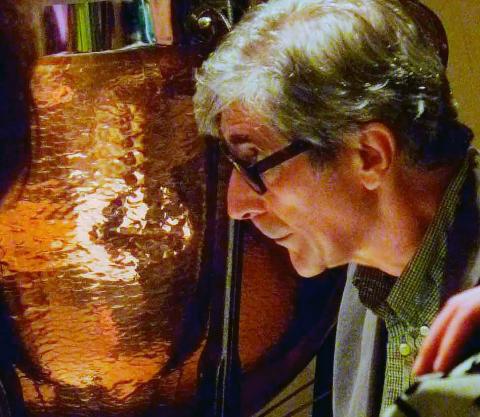 Dellaira was born Michael Dellario in Schenectady, New York.  He legally changed his surname to Dellaira, the original family name, in 1982.   He attended Georgetown University, graduating in 1971 with a B.A. in Philosophy. At The George Washington University he studied composition with Robert Parris and conducting with George Steiner, receiving a Master of Music degree in 1973.  The following year he went to Princeton University, where he studied with Milton Babbitt, Edward T. Cone, and Paul Lansky, receiving both an M.F.A and Ph.D. in Composition. He spent two summers in residence at The Composers Conference working with Roger Sessions and Mario Davidovsky.  Awarded a Fulbright Fellowship in 1977, Dellaira went to Italy to study with Goffredo Petrassi at the Academy of Santa Cecilia (Rome) and Franco Donatoni at the Chigiana Academy (Siena).  He also strudied privately with Walter Branchi.

Dellaira's recent works are primarily for voice.  These include his two operas on libretti by J. D. McClatchy: The Secret Agent (2010), a co-commission from the Center for Contemporary Opera, Long Leaf Opera, and San Antonio Opera, which premiered in March, 2011 at the Kaye Playhouse in New York, with subsequent performances at the Szeged National Theater in Hungary (where it was named "Laureat" of the Armel International Opera Festival), and the Opera Avignon in France; the one-act opera The Death of Webern (2013), commissioned and premiered by The Pocket Opera Players; his opera Chéri, on a libretto by Susan Yankowitz (after the novel by Colette) was a finalist for the 2006 Richard Rodgers Award in Musical Theater and has been performed by both opera and Broadway singers in workshops at the Composers Chamber Theater, American Opera Projects and the Center for Contemporary Opera, and further developed and produced by The Actors Studio, directed by Tony-Award winning actress, Carlin Glynn.

Dellaira's first work for theater, the monodrama Maud for mezzo-soprano and computer-generated sounds, was awarded an ASCAP Morton Gould Award, as well as First Prize by the American Society of University Composers. His choral works are widely performed in the U.S. and Europe, including at the NEA-sponsored “American Masterpieces Festival” in Austin, Texas and at the Eighth World Symposium on Choral Music in Copenhagen.