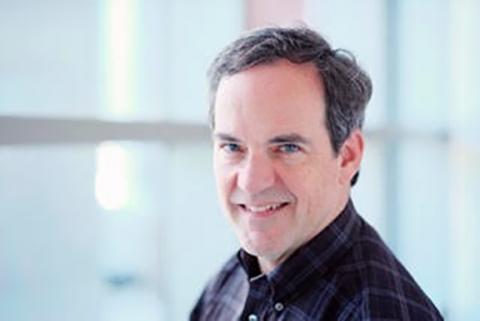 Composer Lawrence Dillon (b. 1959) creates works that connect past and present in attractive and unexpected ways, provoking Gramophone to exclaim, "Just when you thought the string quartet may have reached the edge of sonic possibilities, along comes a composer who makes something novel, whimsical and haunting of the genre." His music is characterized by a keen sensitivity to color, a mastery of form, and what the Louisville Courier-Journal has called a "compelling, innate soulfulness." Despite losing 50% of his hearing in a childhood illness, he began composing as soon as he started piano lessons at the age of seven. In 1985, he became the youngest composer to earn a doctorate at The Juilliard School, and was immediately appointed to the Juilliard faculty. Dillon is now Composer in Residence at the University of North Carolina School of the Arts, where he has served as Music Director of the Contemporary Ensemble, Assistant Dean of Performance, and Interim Dean of the School of Music.

Dillon's music, in the words of American Record Guide, is "lovely...austere...vivid and impressive." Three recordings of his music were released in 2010-2011 on the Bridge, Albany and Naxos labels. His works have been commissioned and premiered in the last five seasons by the Emerson String Quartet, Le Train Bleu, the Ravinia Festival, the Daedalus String Quartet, the Lincoln Trio, the Seattle Chamber Music Society, the Cassatt String Quartet, the Mansfield Symphony, the Boise Philharmonic, Wintergreen Summer Arts Festival, the Salt Lake City Symphony, the Quartetto di Sassofoni d'Accademia, the University of Utah, Boise Philharmonic, the Winston-Salem Symphony and the Idyllwild Symphony Orchestra.