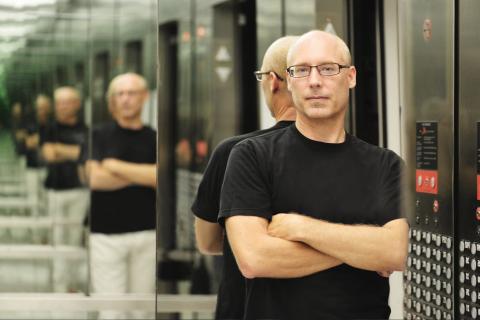 The proverbial "Three B's" for Lansing McLoskey were not Bach, Beethoven and Brahms, but rather The Beatles, Bauhaus, and Black Flag. His first experiences at writing music were not exercises in counterpoint, but as the guitarist/songwriter for punk bands in the 1980s. It was during these years in punk-rock that he first developed a love for classical music (but that's another story).

Described as "a major talent and a deep thinker with a great ear" by the American Composers Orchestra, "an engaging, gifted composer writing smart, compelling and fascinating music" by Gramophone Magazine, and "a distinctive voice in American music,” his music has been performed to critical acclaim in 21 countries on six continents. He has won more than two dozen national & international awards, including The 2016 American Prize, the 2018 Copland House Award and commission, the 2018 Boston Choral Ensemble’s Composition Competition, the 2016 Robert Avalon International Composition Competition, and two awards from the American Academy of Arts & Letters. Most recently he was a 2019 Bogliasco Foundation Fellow, and the CD of his oratorio "Zealot Canticles" won a 2019 GRAMMY.