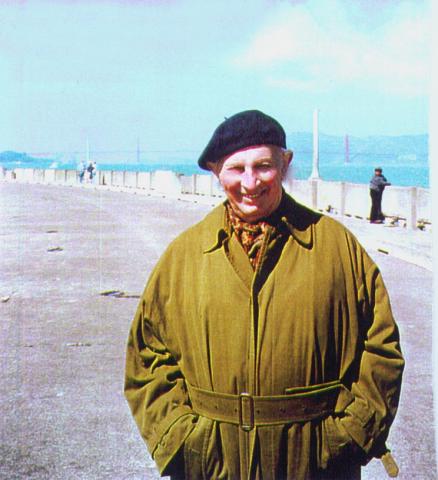 Born on 28 March 1919 in Tsingtao, China, Jacob Avshalomov was the son of composer Aaron Avshalomov and father of composer David Avhshalomov and violist Daniel Avshalomov. Jacob studied with his father, with Bernard Rogers, with Aaron Copland, and at Reed College and the Eastman School of Music. He taught at Columbia University from 1946 to 1954, at Northwestern University, the University of Illinois, Reed College, and at Tanglewood and Aspen. He conducted the U.S. premieres of Bruckner's Mass in D; Tippett's A Child of our Time; Handel's The Triumph of Time & Truth; and Roger Sessions' Divertimento for Orchestra.

He has conducted all over the world, including the Bloch Festival in Newport, Oreg.; Aaron Avshalomov's 90th Anniversary Celebrations in Beijing, Wuhan, and Shanghai; the Portland Youth Philharmonic from 1954 to 1994; six international tours; and the Moscow Symphony recordings of his father's music. Jacob received the Ditson Fellowship in Composition; the Ernest Bloch Award; Guggenheim Fellowships; New York Music Critics Circle Awards; Naumburg Recording awards; the Governor's Arts Award; and the American Symphony Orchestra League's Award. His commissioned works include Oregon: The Symphony,The Thirteen Clocks, Phases of the Great Land, Glorious th'Assembled Fires, and Symphony of Songs. He passed away April 25, 2013, in Oregon.

Published by SONGS OF UNIVERSAL INC