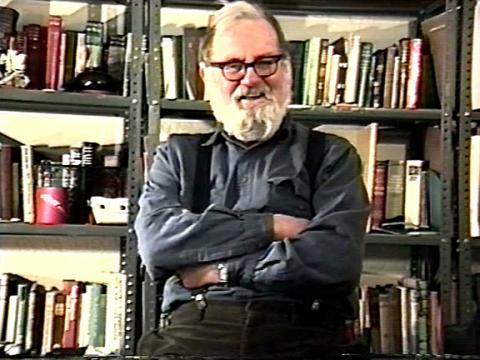 composer of chamber music and operas, J. Willard Roosevelt was born in Spain in 1918, to Kermit Roosevelt and Belle Willard, dauther of the then U.S. Ambassador to Spain.  Grandson of Theodore Roosevelt, He was raised in New York City, and became interested in music at an early age. Roosevelt was a student at Groton, and studied composition at Harvard with Walter Piston and briefly in Paris with Nadia Boulanger. He joined the Navy, and was awarded a Bachelor of Arts from Hart College in 1959. He devoted much of his life to teaching music and composition to private students and at Fairleigh Dickinson University, Turtle Bay Music School, and Columbia University.

He appeared as pianist in numerous New York concert halls, and as a composer received numerous commissions including settings of Finnegan's Wake, a cello concerto, piano concerto, and a one-act opera, The Walls Came Tumbling Down, among many chamber and solo works.

His opera was performed at Alice Tully Hall in March, 1976, under the direction of Dorothy Maynor and Thomas Scherman. Set to a libretto by Loften Mitchell, The Walls Came Tumbling Down, was about a group of African-American slaves who traveled to America in the 17th-century with the Dutch, settling their own colony in New Amsterdam after earning their freedom. The opera began as a piano vocal work for five singers but was orchestrated for a benefit in honor of the Harlem School for the Arts.

Another work, commissioned for small orchestra, dancer, soprano and narrator, to texts by Stephen Crane and Oliver WEndell Holmes, Jr., was performed in May 1976 for several bicentennial celebrations, under the direction of Sayard Stone with Carmen de Lavallade, Arlene Stone-Nercombe and Alvin Epstein.