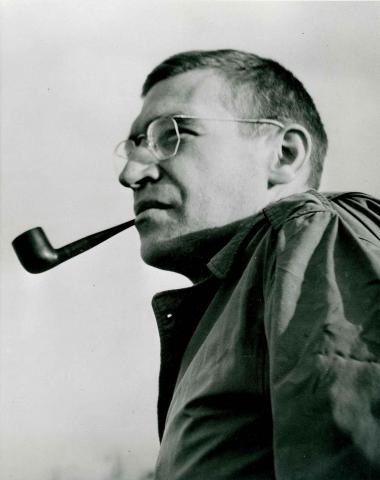 Born in Spokane, Wash. on Feb. 13, 1926, Barney Childs led a colorful life as both a scholar and a composer. Childs attended the University of Nevada where he earned his B.A. As a Rhodes Scholar, Childs went on to earn a B.A. and M.A. in English language and literature at Oxford University. In addition, he earned a Ph.D. in English and music from Stanford University. Childs was largely a self-taught composer. In the 1950's he did, however, have the opportunity to study with Carlos Chavez and Aaron Copland at Tanglewood. He also spent time studying with Elliott Carter in New York. Many of his pieces were performed throughout the United States by the late 1950's.

As a teacher, he began his career in the English Department at the University of Arizona from 1961-65. He later advanced to dean of Deep Springs College from 1965-69. From 1969-71, Childs served as composer-in-residence at the Wisconsin Conservatory of Music in Milwaukee. The remainder of his career was spent teaching with Johnston College and the College of Arts and Sciences at the University of Redlands from 1971-93. During his career, Childs was active with a number of publications. He served as poetry editor of "Genesis West" and co-editor of "The New Instrumentation" book series. He was co-founder of Advance Recordings and served as an associate editor for "Perspectives of New Music."

Together with Phillip Rehfeldt (University of Redlands), Childs was a performing participant in the commissioning series "Music for Clarinet and Friend." He also served as co-editor (with Elliott Schwartz) of the book "Contemporary Composers on Contemporary Music."  Barney Childs passed away on Jan. 11, 2000, leaving behind some 160 compositions and the poetry text "The Poetry-I Book. A Collection of childs' Manuscripts" is currently held and being processed in a special collection at the University of Redlands.