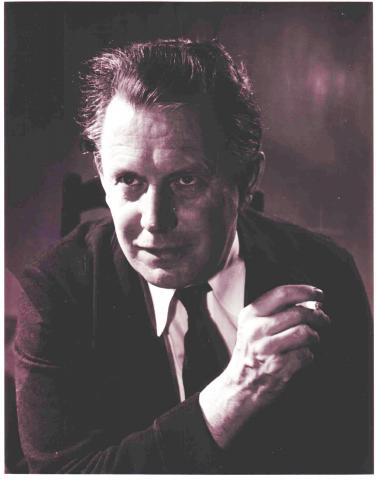 "Weiss's music displays the tenuity of feeling, the inclination from the American soil, invariably accompanying an eclectic style." -1929 publication

(Baltimore, Maryland, November 12, 1891 – Van Nuys, California, February 21, 1971) was an American composer. A modernist, he was a pupil of Arnold Schoenberg in Vienna; his father was a pupil of Ferruccio Busoni. He also served as a professional bassoonist in a number of orchestras, including the New York Philharmonic, the New York Symphony Society, the Rochester Symphony, and the Chicago Symphony.

"Weiss's music has a stronger relation to diatonism than to the atonality so characteristic of Schoenberg's; and his expression is more simply lyrical, more innocently human, than Schoenberg's fiercer, tortured one. While Weiss is Schoenberg's pupil, it is said that "the master," questions his own right to claim this talented American as a disciple, granting him an independence of method not frequently found or easily tolerated in his group. Besides, no piece of Weiss's fails to strike some expression from the depths, and bring exquisite flashes of music, jewel-like crystallizations in tone.

He has a very eminent skill in conserving his material through the art of thematic variation; and some of his fugues are marvels of compression and interfusions of theme and divertissement. If we gird at his tricks, it is because their frequency in his work make them seem not so much responses to the pressure of life seeking its form, as acts of faith in the Schoenbergian revelation. Besides, Weiss's chromatic material is not strictly autonomous, and has a strong family likeness to that of Berg, Webern and the rest of the Viennese coterie. We must of course be a little wary in insisting too strongly on an eclecticism in speaking of Weiss.

The relationship between his music and Schoenberg's is to some extent accidental, the result of a common background and spiritual kinship. Weiss is a Baltimorian, and the city of H. L. Mencken remains something of an outpost of the Vaterland. Besides, Weiss like Schoenberg, belongs tempera-mentally on the religious side of things, finding the climate of music at the pitch of ecstasy, and preferring the more reverend, more earnest and elevated moods to the lighter and more ironical. Hence, it was almost inevitable that Weiss like Schoenberg should develop the tremendously excited vein of music associated with Wagner and present in their blood; and that we should find certain of Weiss's preludes, the extension of certain Tristanesque moods. (No. 4, in spite of its relative innocence and jocundity, seems like a new expression of the agitation felt by the wounded hero at the approach of his queen.)

Nevertheless and in face of this blood-kinship, the relationship ineluctably appears more a dependency than a parallelism. Together with the sectarianism in form and treatment, Weiss's music displays the tenuity of feeling, the inclination from the American soil, invariably accompanying an eclectic style. And that, finally, decides the vexed question."