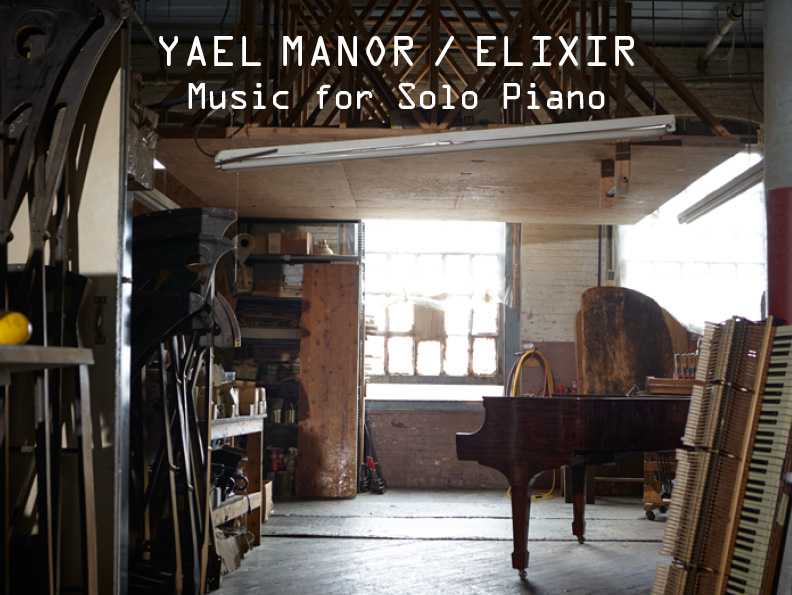 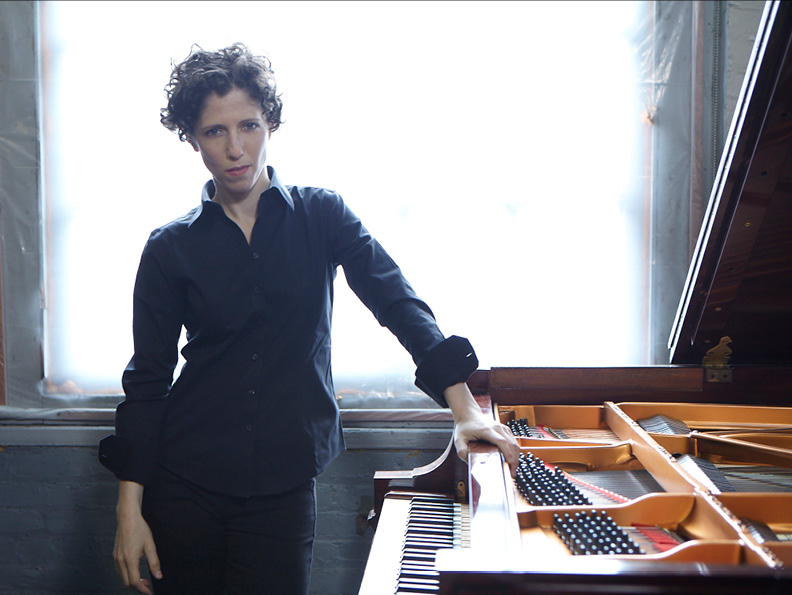 Seven premiere recordings of solo piano music from the catalog of the American Composers Alliance will be released on June 9th. The pianist, Yael Manor, is a young performer and champion of new music, regularly collaborating with composers both as a soloist and a chamber musician. Yael has been praised for her artistic sensitivity and breathtaking and powerful performances.  Her debut release, Elixir, is the first album to be produced by the American Composers Alliance (ACA) - USA Label. The album brings a myriad of colors and emotions to a collection of solo works from the 20th and 21st centuries.  Works on the recording span from 1953 through 2014. (Photography: Adi Ashkenazi Images Venue Courtesy of Cantabile Piano Arts)

Composer in Residence at the University of North Carolina School of the Arts, Lawrence Dillon creates works that connect past and present in attractive and unexpected ways.  His first composition for solo piano in ten years, Honey (2012) is a meditation on the texture, longevity and adaptability of an 8000-year-old source of sweetness.

As an accomplished jazz musician, Fredrick Tillis expresses himself by infusing European classical music tradition with the spirit of American Black vernacular music. Spiritual Fantasy No. 4 for Piano (1981) draws from various Gospel melodies including Nobody Knows the Trouble I’ve Seen, Jacob’s Ladder, and others. Tillis' Spritual Fantasy series for various solo and ensemble combinations are widely known by performers and scholars.

Born in Louisville KY, Karl Kroeger is nationally known both as a composer and musicologist. Toccata for Piano (2003) originated in a piano accompaniment of a song he wrote in the 1980s, which he expanded and developed. “Unlike most of my compositions, written for specific performers or occasions, this one was written for the sheer joy of composing it.”

Born in Cleveland, and currently residing in New Mexico, composer-pianist Richard Cameron-Wolfe’s  music has been performed in Russia, Ukraine, Latvia, China, and the United States. Code of Un-silence: A Prayer (2006), is a meditation on the composer’s chamber cantata A Measure of Love and Silence, which embraces the poetry of Tatyana Apraksina.

Born and raised in Kuala Lumpur, Malaysia, JunYi Chow began studying piano and music theory at the age of 5. He reveals his playful side with the sweet and whimsical It Rained! The Ants Ran…(2013). This piece depicts a colony of ants scurrying in a nervous yet orderly fashion to find higher ground before the rain.

Reinaldo Moya, is a Venezuelan-American composer whose rhythmically and emotionally charged works depict the multitude of influences present in the Americas today. Preludios de Rayuela (2011) represents a series that comments upon Julio Cortázar’s 1963 novel, Rayuela (Hopscotch). “Ever since I first read Rayuela, I’ve wanted to translate its sprawling, urban-scape into a set of piano pieces.

Robert Parris was known as a composer and music critic. Local to the Washington D.C. area, he worked for both the Washington Post and Washington Star. Variations for Piano (1953) is one of his earlier works, presenting a delicate and expressive treatment of melody and harmony, recorded here for the first time. (This recording of Variations for Piano is dedicated to the memory of composer-pianist Steven R. Gerber (1948-2015), who performed the concert premiere of this work).