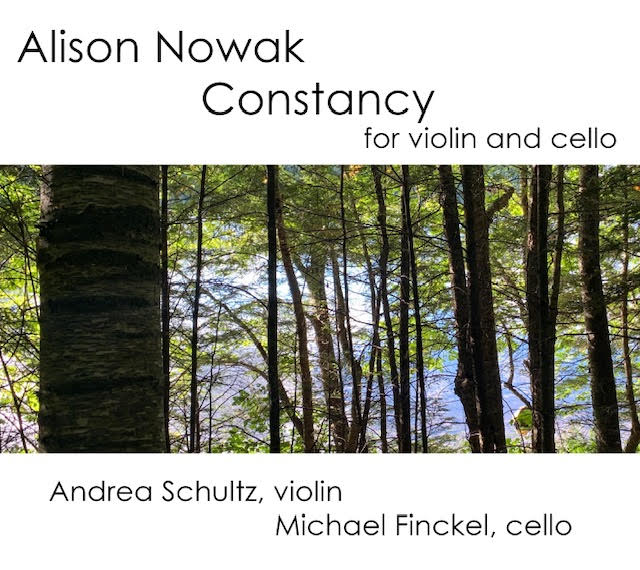 Violinist Andrea Schultz enjoys an active and versatile musical life as a solo, chamber, and orchestral musician.  She performs and tours with numerous ensembles, including the Orchestra of St. Luke's, Riverside Symphony, New York Oratorio Society, and the New York Chamber Ensemble.  A devotee of contemporary music, she was a long-time member of Sequitur and has been involved in over a hundred premieres with groups that include Either/Or, Cygnus, Locrian Chamber Players, Da Capo Chamber Players, NY Composer's Circle, and the League of Composers.  She has recorded contemporary chamber music for the Naxos, Albany, New World, and Phoenix labels.  Ms. Schultz was a member of the Mark Morris Dance Group Music Ensemble for many years, touring the US, Europe, and Asia; and has performed as guest with the Cassatt Quartet, Avery Ensemble, Perspectives Ensemble, and the Apple Hill Chamber Players.  She spends summers performing and teaching at the Wintergreen Music Festival in Virginia, the Bennington Chamber Music Conference, and the Kinhaven Music School in Vermont.  A graduate of Yale College, the Cleveland Institute of Music, and SUNY Stony Brook, Ms. Schultz resides in New York City.  She plays on a violin made in 1997 by Stefan-Peter Greiner.

Michael Finckel has enjoyed a wide ranging career as cellist, composer, teacher and conductor.  A founding member of the Trio of the Americas and Cabrini Quartet, he has performed as soloist and chamber musician throughout the United States and Europe. He also performs regularly with members of his family in the renowned Finckel Cello Quartet.  Finckel’s passion for contemporary music has involved him in performances with many of New York’s leading new music groups including Steve Reich and Musicians, Speculum Musicae, Ensemble Sospesso, Group for Contemporary Music, and the American Composer’s Orchestra, as well as performances with members of the New York Philharmonic under the directions of Pierre Boulez and Leonard Bernstein.  From 1984 to 1995 he held the Gehrig’s Chair as principal cellist of the Bethlehem Bach Choir Orchestra and earlier served as principal cellist of the Vermont State Symphony Orchestra.  Finckel has recorded new works for Dorian, Opus One, New World, CRI, Vanguard, Vox/Candide, and ECM/Warner Bros. labels.  Since 1992, Finckel has been Music Director of the Sage City Symphony in Bennington, Vermont overseeing its commissioning program and fostering a pilot program for young composers, annually premiering orchestral works by area High School and College students.

Based in New York City, Alison Nowak has been active as a composer, violinist and teacher for over 50 years. She is descended from musicians on both sides, her father being Lionel Nowak, pianist, composer (ACA member) and Bennington College faculty member (1948-1993). From birth, she heard his daily practicing of Beethoven, Chopin, Schubert, his own music and that of family friend, Carl Ruggles.  She grew up listening to the weekly faculty concerts at Bennington College and to concerts of brand new music at the annual Composers Conference (where she herself was a young composer in the mid- 70s).

She received her BA in music from Bennington College, where she studied composition with Louis Calabro, Henry Brant and Vivian Fine and violin with Eric Rosenblith, Sylvia Rosenberg and Jacob Glick.   It was Jack Glick who encouraged her to apply to the Columbia University graduate school program in music composition in order to study with Charles Wuorinen. Wuorinen became her principal teacher and his music an inspiration to her.

During her first decade in New York, her musical life was further invigorated by her experience as personal assistant for seven years to Otto Luening (he was writing his autobiography, “Odyssey of an American Composer” at the time) and as composer/violinist for five years with the Composers Ensemble — a group of six composers who produced and performed concerts of music they wrote for each other.  After receiving her MA and DMA from Columbia, she taught at Union College, the 92nd St. Y, the New School and Columbia University Teachers College. As a violinist, she had the great good fortune of studying in New York with Joyce Robbins and was a member of the Greenwich (CT) Symphony Orchestra for over 25 years, as well as a long-time chamber music coach.