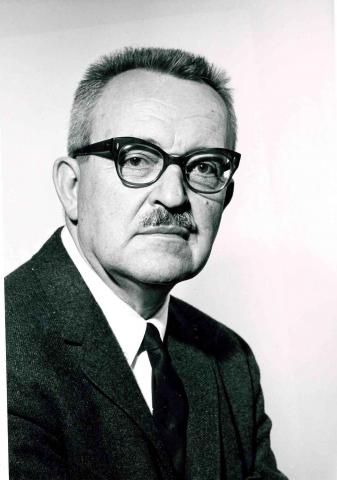 NORMAND LOCKWOOD (1906-2002) was born in New York City, but grew up in Ann Arbor. His uncle, a pianist, and father, a violinist, headed their respective departments at the University of Michigan's School of Music.

In his late teens, he began to study composition under Ottorino Respighi in Rome and, for three years, in Paris with Nadia Boulanger. A year later, he won the Rome prize from the American Academy in Rome. He taught at Oberlin College, Columbia College, Union Theological Seminary's School of Sacred
Music, Westminster Choir College, Yale School of Music, Trinity University, San Antonio, the Universities of Oregon and Hawaii, and at the University of Denver until retirement from that institution as Professor Emeritus.

He was a Guggenheim Fellow, and counts among his honors the Marjorie Peabody Waite Award from the American Academy and Institute of Arts and Letters.