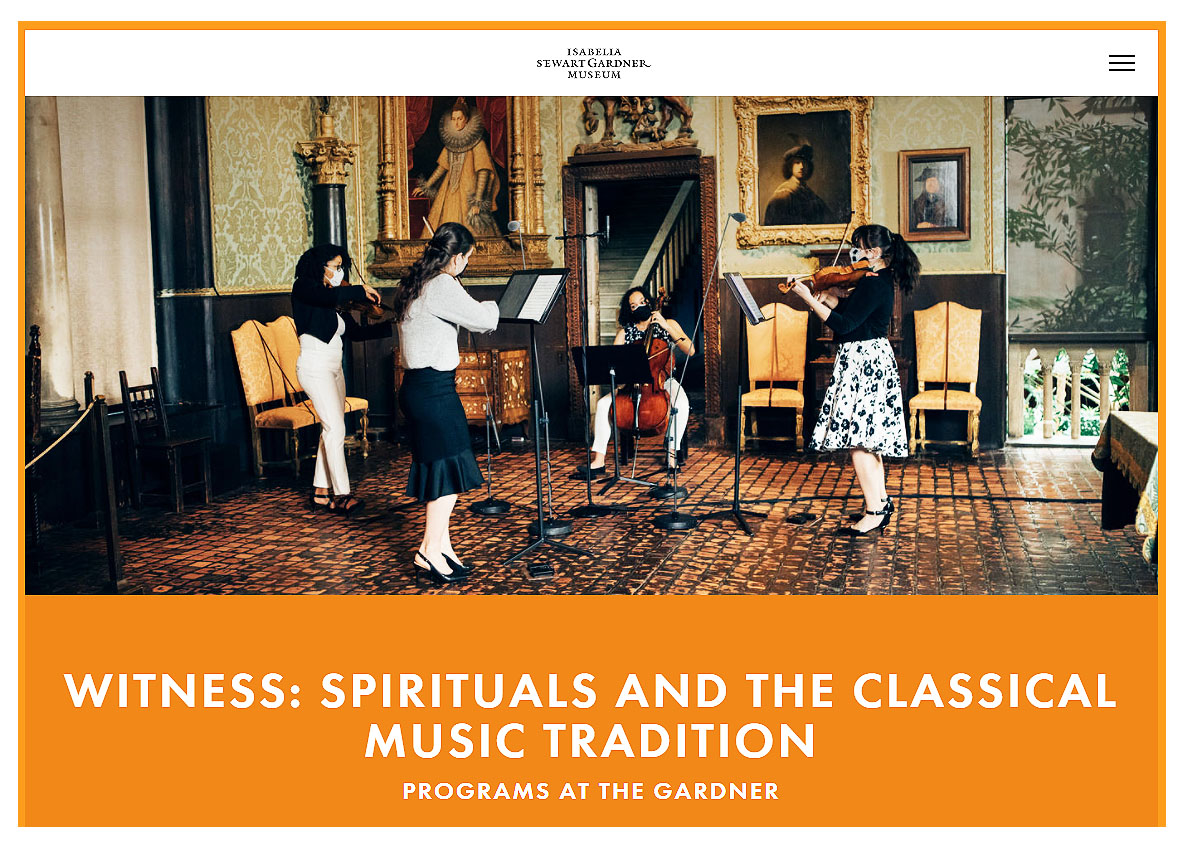 This program will be available Friday, May 21.This episode will focus on the spiritual song Wade in Water, with a blues-inflected performance by The Blind Boys of Alabama as well as a jazz-influenced fantasia by composer Frederick Tillis.

The overall series is free, digital programming that explores the ways some Black American composers have found inspiration in the rich tradition of spirituals. The Gardner Museum builds on its ongoing partnership with the Boston-based ensemble Castle of our Skins led by Ashleigh Gordon, to create four short videos exploring this repertoire.

The Museum’s collection includes Isabella’s personal copy of Afro-American Folksongs (1914), which features arrangements of spirituals by the eminent Harry T. Burleigh. As a composer, arranger, and performer, Burleigh was at the epicenter of an early group of composers who championed spirituals as “pure gold.”