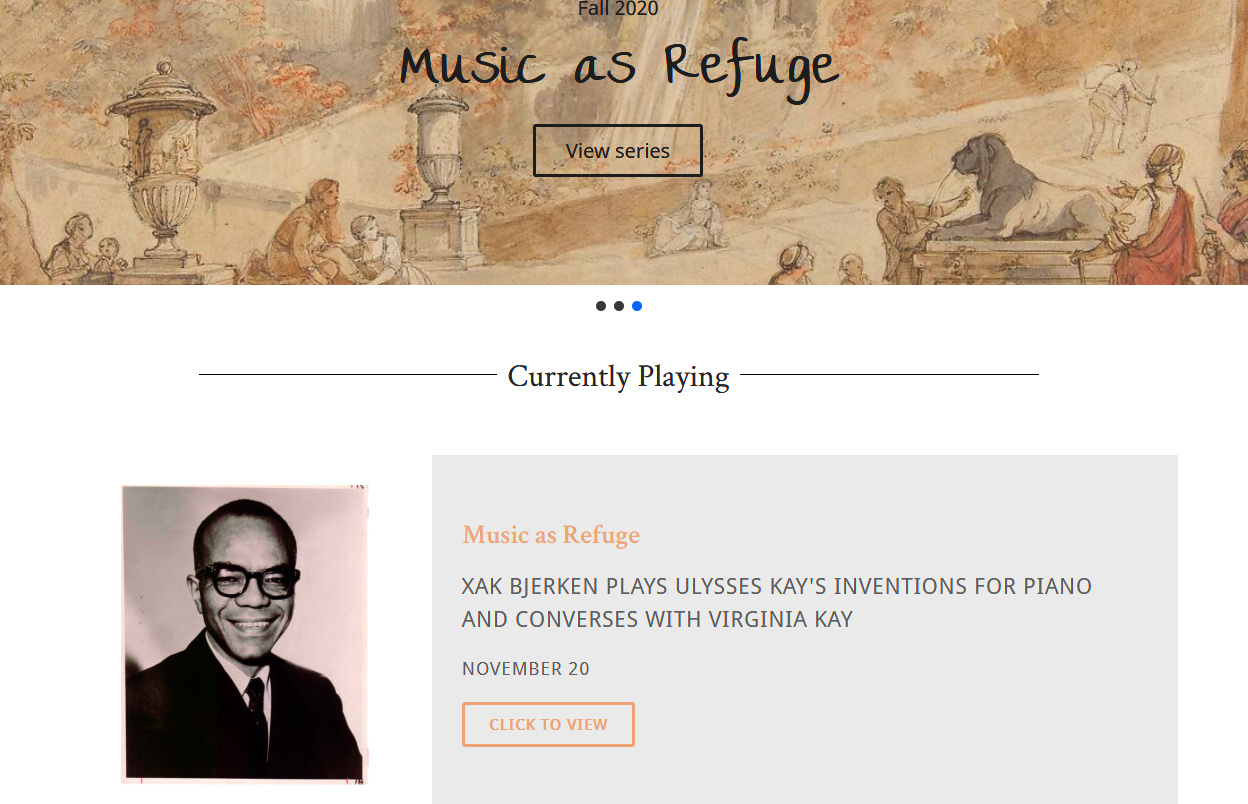 Pianist and professor Xak Bjerken plays all 8 of the Inventions for Piano by Ulysses Kay - and interviews the composer's daughter, Virginia Kay.

Ulysses Kay (1917-1995) was one of American’s most sought-after composers in the quarter century following WWII. He was born to a musical family in Tucson, Arizona, encouraged by his uncle, the great jazz cornetist King Oliver (mentor to Louis Armstrong), and later by the composer William Grant Still. Following studies at Eastman, and then at Tanglewood and Yale with Paul Hindemith, Kay served in the Navy during WWII. Following the war, he was already, in his late 20’s, fulfilling orchestral commissions, writing chamber music, for film and television, and soon, ballets and operas.