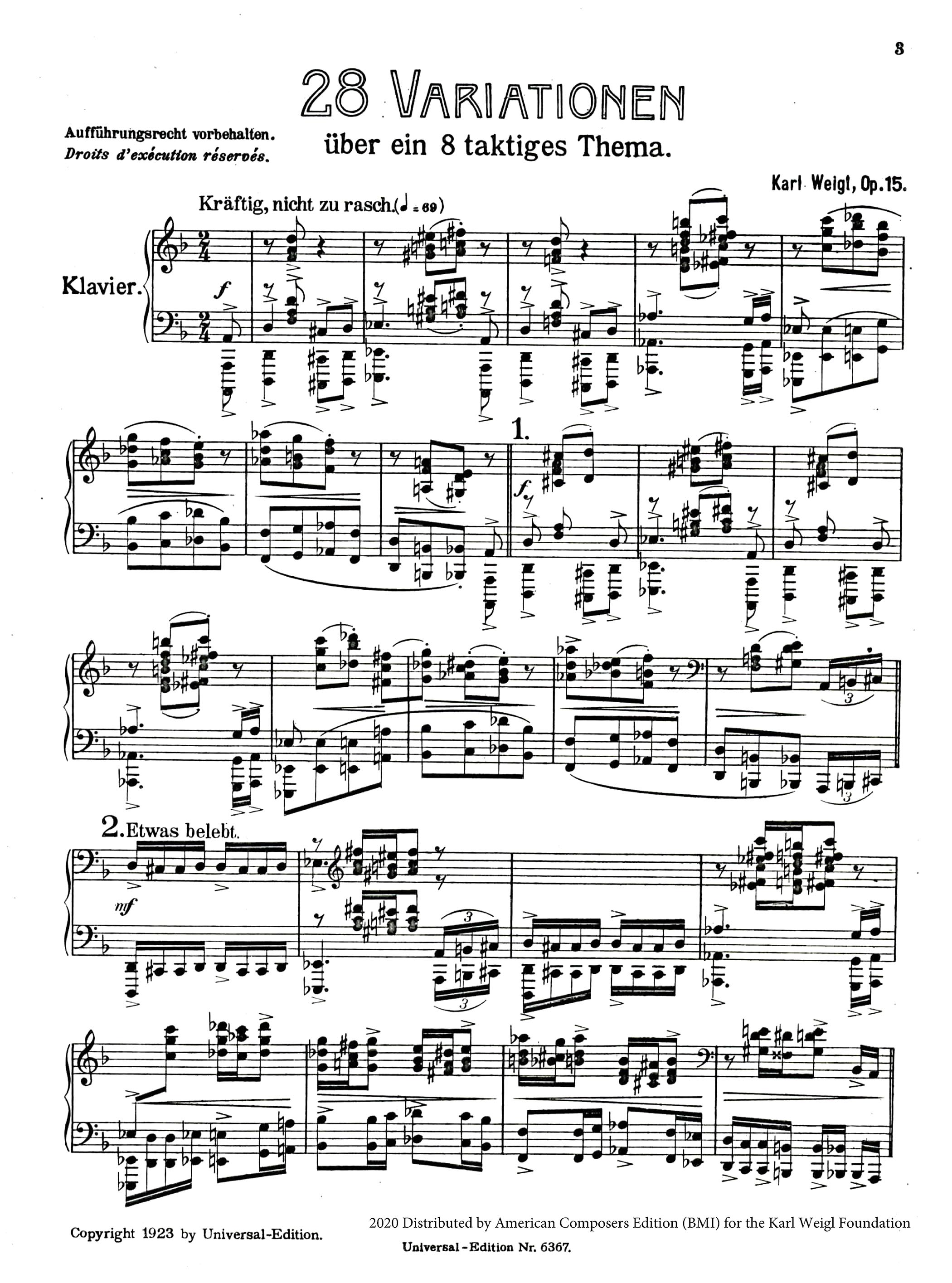 Karl Weigl’s “28 Variations on an original theme”, written in 1907, will be performed by Max Lifchitz on February 8th, 4pm EST.  Tune in to Live from the National Opera Center on Youtube.

28 Variations has been recorded by Joseph Banowetz (Naxos) and Leonore Aumaier (Camerata).

Max Lifchitz was awarded first prize in the 1976 International Gaudeamus Competition for Performers of Twentieth Century Music held in Holland. Robert Commanday, writing for The San Francisco Chronicle described him as "a young composer of brilliant imagination and a stunning, ultra-sensitive pianist." A graduate of The Juilliard School and Harvard University, Mr. Lifchitz has appeared in concert and recital throughout the US, Latin America and Europe.