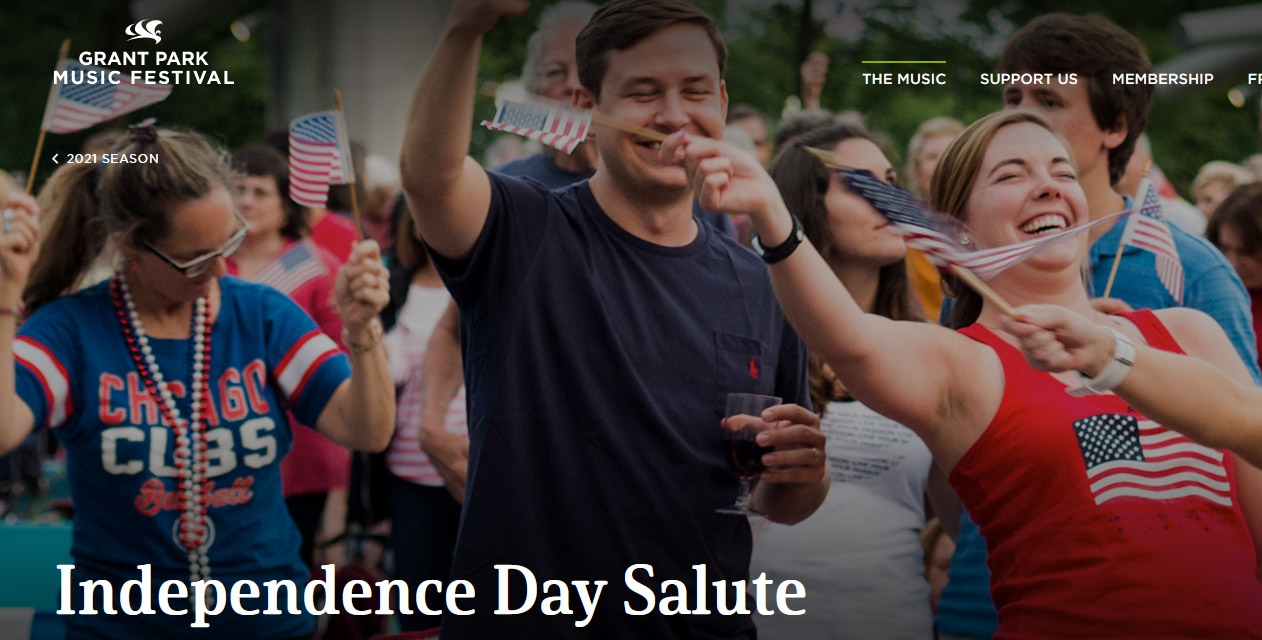 An Independence Day Salute concert on Fri and Sat Jul 2, 3, 2021 at 6:30p will be presented this year at the Grant Park Festival, featuring the Grant Park Orchestra with Carlos Kalmar and Christopher Bell, conductors.

This concert is being broadcast and streamed live on 98.7WFMT/wfmt.com.

For more than 80 years, the Grant Park Music Festival has been Chicago's summer musical sensation, demonstrating that classical music, performed by a world-class orchestra and chorus, can have a transformative impact on the city.