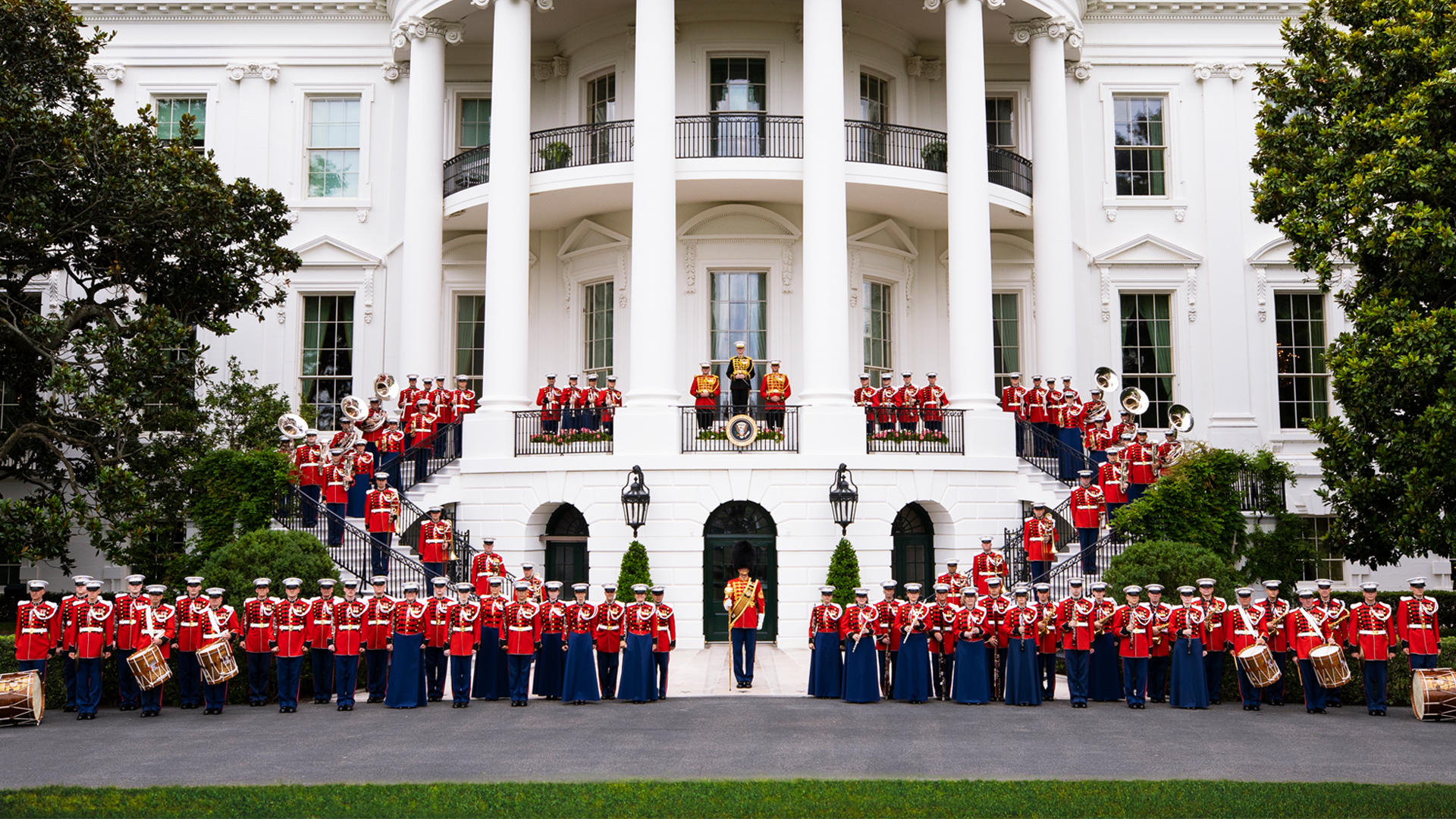 “The President’s Own” begins its season of band concerts at Northern Virginia Community College's Rachel M. Schlesinger Concert Hall and Arts Center with a spectrum of music stretching back the length of the organization's 223 year history.

The program shifts between a 19th century showcase of one of our most cherished patriotic tunes and the inimitable music of “The March King,” new music from the current composer-in-residence of the Kennedy Center, Carlos Simon, and the world première of a piece written especially for the Marine Band by David Froom.

In keeping with the theme, direction of this special performance will be shared between current Director of the Marine Band, Col. Jason K. Fettig, and the brand new Assistant Director, 1st Lt. (select) Darren Lin, who is making his concert debut on the podium of “The President’s Own.”