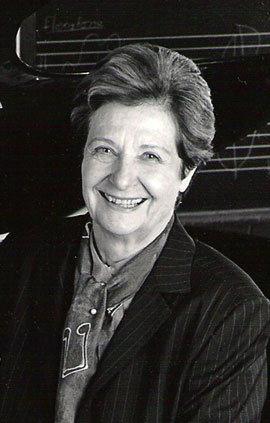 After extensive studies in the US, the Austrian-American composer Nancy Van de Vate relocated to Vienna in the 1980s and has enjoyed a productive career for many years as a composer in her new home. Her catalog includes seven operas, numerous orchestral works, chamber music and vocal works performed internationally. She founded the record company Vienna Modern Masters, which was committed to the distribution of new music and large-scale works, which is now in management with American Composers Alliance in the U.S.