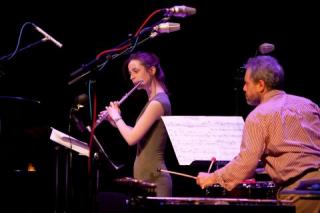 Collage New Music - From Inside to Out, Secreted and Revealed - Sunday, March 29, 2020 8:00 PM
Pickman Hall, Longy School of Music, Boston. Performances include a 7pm pre-concert talk with the composers and music director, as well as a post-concert reception.