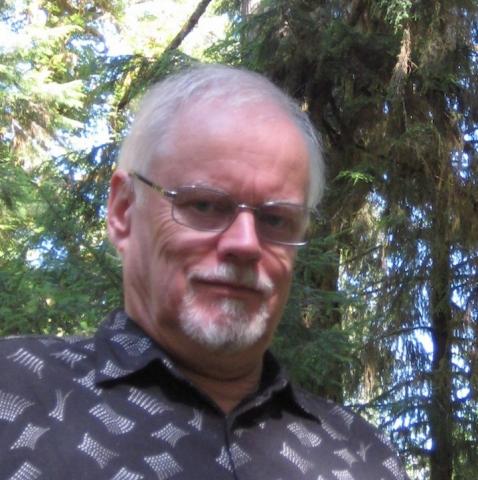 Born in 1941 in Whitehall, Wisconsin, John Melby was brought up in Pulaski, Tennessee, where he began his musical studies as a trombonist/violinist/violist while still a child. He attended the Curtis Institute of Music, from which he earned the Diploma (1964) and B.Mus. (1966); the University of Pennsylvania (M.A. in composition, 1967), where he studied composition with Henry Weinberg and George Crumb; and the Music Department of Princeton University (M.F.A., 1971; Ph.D.,1972--both in composition); his composition teachers there were Peter Westergaard, J. K. Randall, and Milton Babbitt. He taught from 1971 until 1973 at West Chester State College (now West Chester University) in Pennsylvania. In 1973 he was appointed to the Composition/Theory faculty in the School of Music of the University of Illinois at Urbana-Champaign, where he was Professor of Music until his retirement in August of 1997 and where he now holds the title of Professor Emeritus. John Melby lives in Salem, Massachusetts.

He is best known for his music written for computer-synthesized sounds, either in combination with live performers or for computer alone. He is also the composer of a number of orchestral works, including nine symphonies; his Symphony No. 1 (1993) was given its première performance at the University of Illinois in March of 1994 by the University of Illinois Symphony Orchestra, under the direction of Paul Martin Zonn, and his Concerto for Computer and Orchestra was recorded by the Polish National Radio Orchestra, Joel Eric Suben conducting, and released on an Albany Records CD.

Melby's compositions have won numerous awards and have been widely performed both in the United States and abroad. He was the recipient of an NEA Fellowship in 1977, a Guggenheim Fellowship in 1983, an award from the American Academy and Institute of Arts and Letters in 1984, and an associateship in the University of Illinois Center for Advanced Study in 1989-90. His awards include several at the International Electroacoustic Music Awards (Bourges, France), where he received First Prize in 1979 for his “Chor der Steine” for computer-synthesized sounds.

In recent years, he has composed a series of concerti for various instruments and computer, including two violin concerti; two flute concerti; two violoncello concerti; two concerti for piano; two clarinet concerti; two viola concerti; concert for contrabass, English horn; two double concerto, one for violin and English horn with computer and a concerto for violin, piano, and computer; and a concerto for computer and orchestra in which (reversing the usual situation) the computer is the soloist instead of the accompaniment. He has also composed many works for the voice. He has also written concerti for piano, violin, viola, and violoncello with orchestra. Many of his works are posted on his web site.

A new CD containing three of his works, the Concerto for Computer and Orchestra, performed by the Polish Radio National Symphony Orchestra under the direction of Joel Eric Suben, the Concerto for Violin, Piano, and Computer, played by Duo Diorama (MingHuan Xu, violin and Winston Choi, piano), and the Concerto No. 2 for Piano and Computer, performed by pianist Winston Choi, has recently been released by Albany Records and is available both from CD resellers and online at iTunes, eMusic, Amazon, etc.

John Melby is a member of Broadcast Music, Inc. and American Composers Alliance.

In manuscript and unavailable: