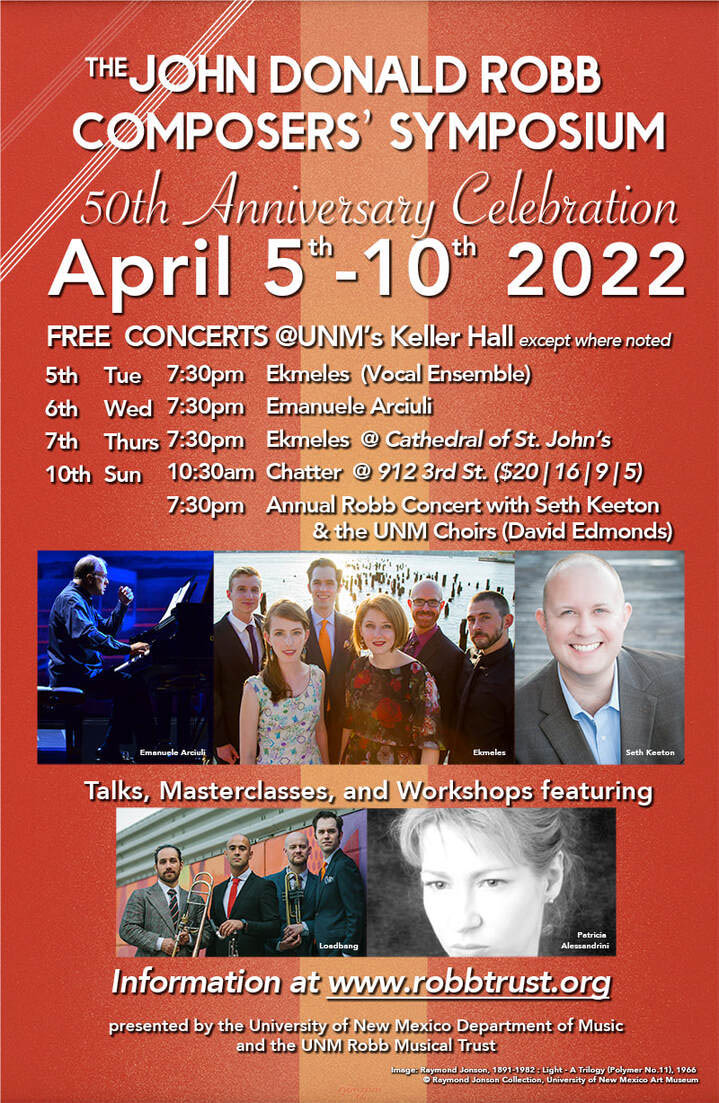 On April 10, the New Mexico ensemble "Chatter" will present a concert showing support for Ukraine, this during the 50th Anniversary season of UNM's John Donald Robb Composers Symposium in Albuquerque. The program will include Richard Cameron-Wolfe's composition "Code of Unsilence: a Prayer" (featuring pianist Judith Gordon) and Ukrainian composer Julia Gomelskaya's flute solo "the hint only" (performed by Jesse Tatum). Cameron-Wolfe will also speak about the impact of the war on Ukrainian musicians - their plight, their hopes, and their courage.

The concert takes place on Sunday morning, April 10 at 10:30AM at the Chatter performance space: 912 3rd St., Albuquerque. Tickets range from $5-16 and are best purchased online via the Chatter Box Office: