Music of H. Leslie Adams including songs and arias from "Blake" in Cleveland, March 15. 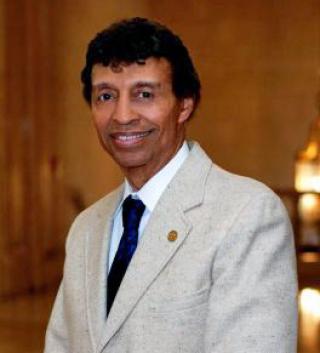 On Sunday afternoon at 3:00 on March 15, 2020 the American Guild of Organists, Cleveland Chapter, will present a concert of music by the noted Cleveland composer, H. LESLIE ADAMS at St. Peter’s Episcopal Church, 18001 Detroit Rd in Lakewood, OH. Included in the program will be works for organ, piano, trumpet, and voice. Artists include Nicole Keller, Tim Robson, Michael Miller, and Etienne Massacote. This concert is free and open to the public.

H. Leslie Adams (b. 1932, Cleveland, Ohio) composer of Nightsongs, and the music drama "Blake" has worked in all media, including symphony, ballet, chamber, choral, instrumental, vocal solo and keyboard. Adams' works have been performed by the Prague Radio Symphony, Iceland Symphony, Buffalo Philharmonic, and Indianapolis Symphony, and commissioned by The Cleveland Orchestra, Ohio Chamber Orchestra and Cleveland Chamber Symphony, among others. Adams' earned degrees are from Oberlin College (BME) Long Beach State University (MA) and Ohio State University (PhD). He is listed in New Grove Dictionary of Music and Musicians and Who's Who in America, among others. He was awarded the Cleveland Arts Prize Lifetime Achievement Award in 2015.