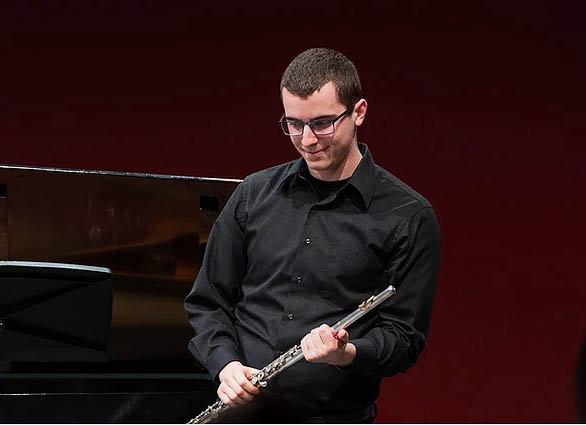 Mizzi is a Teaching Artist at the Manhattan School of Music at the Distance Learning Center and is a member of Manhattan School of Music’s premiere contemporary ensemble TACTUS. He is an active performer, collaborator and educator in New York City and has given masterclasses and private lessons throughout the city. His specializations include Baroque music, chamber music, orchestral/collegiate auditions, solo competitions, and injury prevention/management.

The composer's honors include the Rome Prize, a Guggenheim Fellowship, as well as commissions from the Fromm and Koussevitzky Foundations and the National Endowment for the Arts. Kreiger has served as composer in residence at William Paterson University, The North Carolina School of the Arts and at The Composers Conference at Wellesley. He was the recipient of the 1993 Brandeis University Creative Arts Medal. A portion of the text of this award citing his electronic music follows. "Although much of his music can be heard only as it issues, in whole or in part, from loudspeakers, its creative shaping source is immediately unmistakable, recognized as human and intensely personal. It is not music shaped by technological means, but music that demands technology for its fulfillment. While the music is so singularly Kreiger's, it is assuredly of its time, not only or even primarily because of the composer's mastery of sophisticated musical technology, but in the compositional modes that the music so urgently expresses. For it is learned music, in that it is aware and informed in its craft. . ."