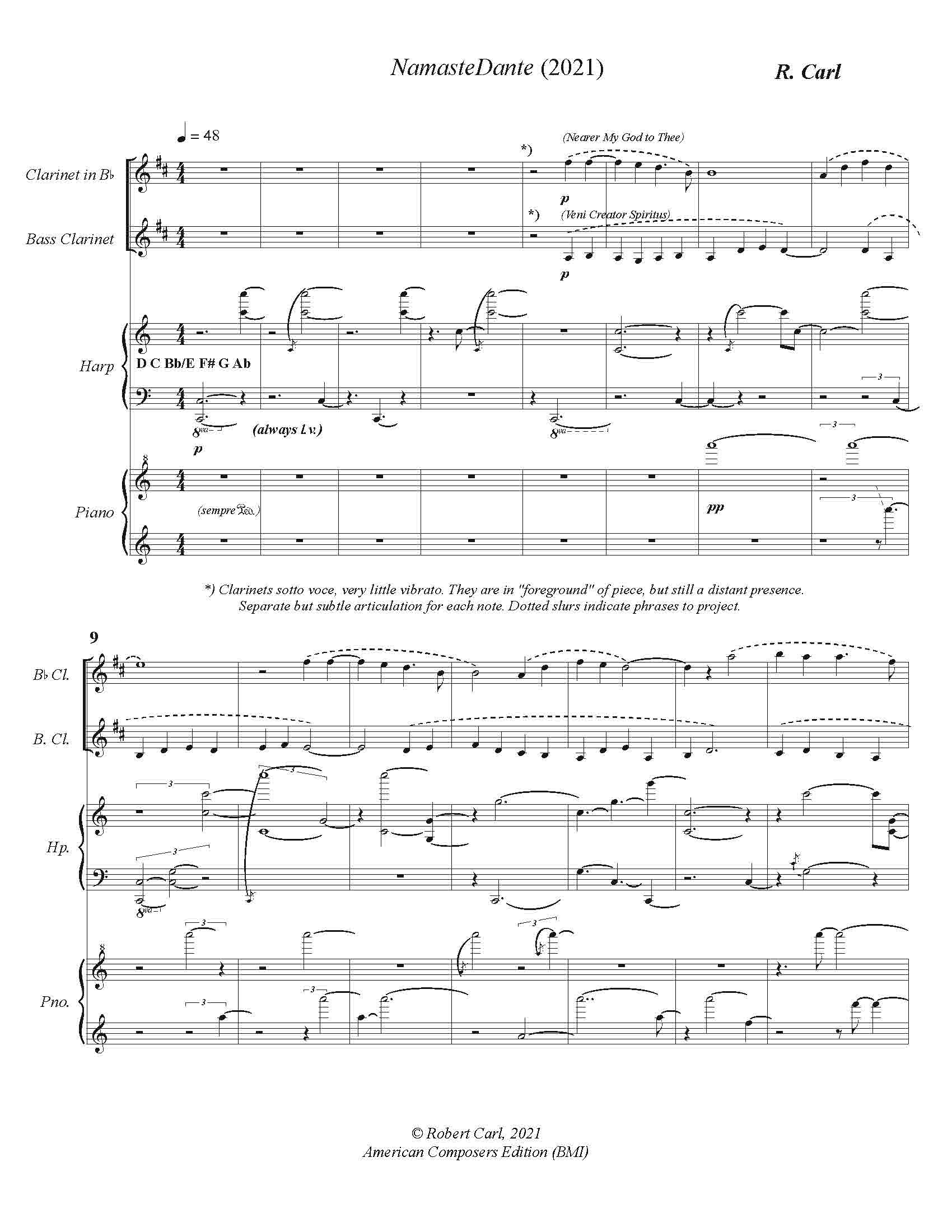 Virtuoso clarinetist (and good friend) Guido Arbonelli requested a work for a project in which several composers would write works in response to the XV Canto of Dante's Paradiso. In the text Dante (under the guidance of his beloved Beatrice) sees a celestial cross that is singing. Eventually a star separates itself from the constellation and comes closer, and it turns out to be his ancestor Cacciaguida. A dialogue between the two then ensues.

I took the imagery of the celestial choral formation as my inspiration. The work consists of two distinct layers: First, the two clarinets repeatedly play (at ascending transpositions and increasing speed), a combination of the Gregorian chant "Veni Creator Spiritus" and the American Protestant hymn "Nearer My God to Thee" (a favorite of Charles Ives). I discovered these worked beautifully together with no chromatic alterations.

Against this melodic foreground, the harp and piano provide a glistening, "neutral", pointillistic backdrop. It is all based on a "vertical overtone row" based on a low C, that radiates upward through the entire combined register of the two instruments. Of the twelve pitch classes, the first lower seven are in the harp (and hence no pedal change ever occurs), the remaining five in the piano's stratosphere. These are gradually added thoughout the piece to create an evermore dense and harmonically rich texture. Both are always liassez vibrer.

At the end, downward glissandi in the clarinets suggest the descent of Cacciaguida. The combination of the emotionally resonant liturgical music with the objective tone of the nocturnally flickering sounds I hope will be mysterious and poignant.