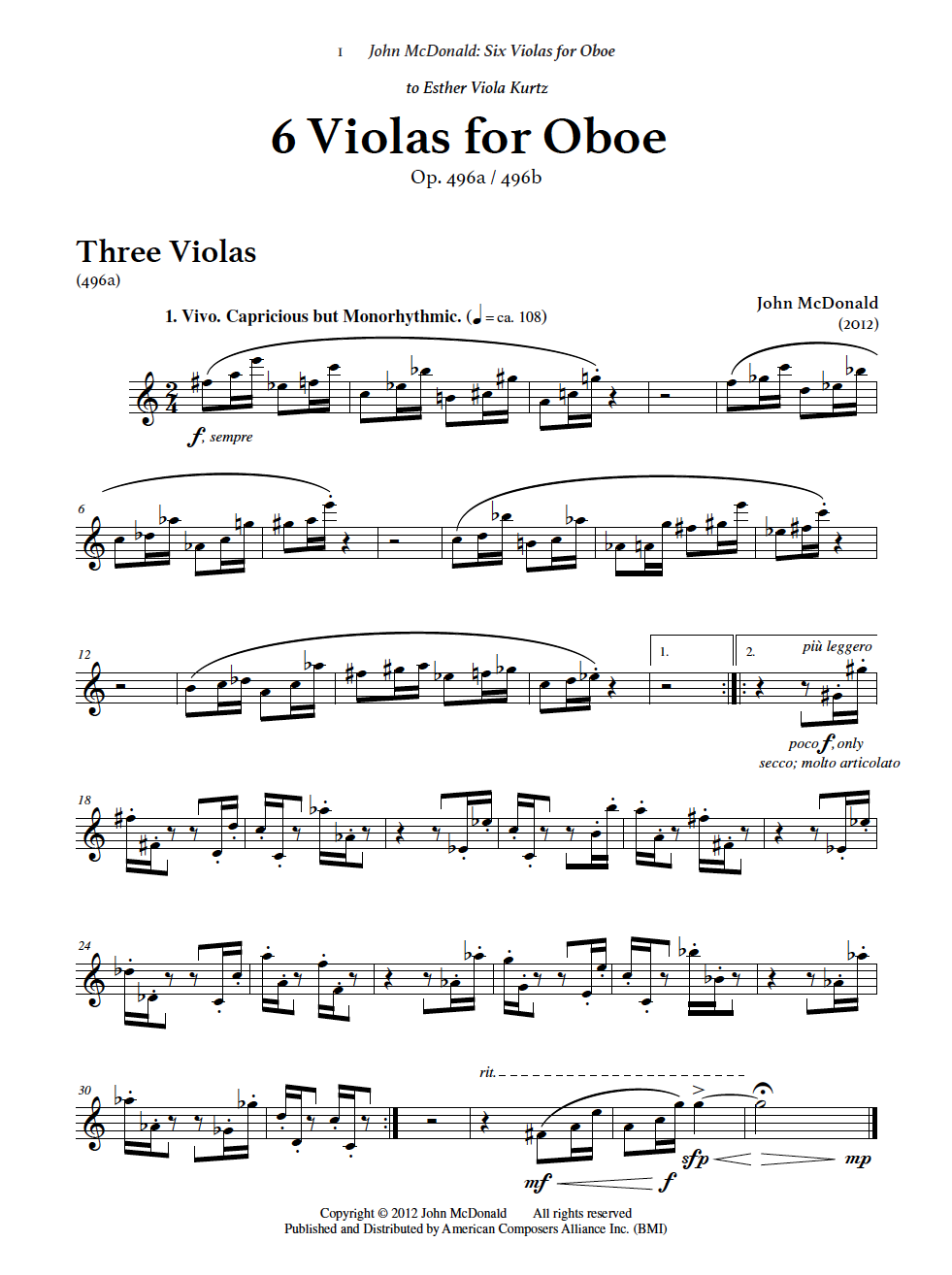 Three Violas for Solo Oboe (496a) was premiered on “New Music Night” – June 23, 2012 by the Junk Kitchen Players at a show that they described as “dedicated to defining our standard for new music. All the pieces here are written especially for this night. And just as the FDA qualifies that food is only considered fresh within 72 hours of preparation, we are requiring that our composers create their pieces no more than 72 hours before the first performance – and I mean the very first, no rehearsals, no run-throughs – just as is, when served up steaming and aromatic, by our Junk Kitchen Players. The strike of the notes will be the first-time ears ever hear it. (One might also call this a “sight reading” night but we figured that it would make it sound even more like a nerd event... Oops.)”

Timing in at about five minutes, Three Violas is a short and episodic work. The first section, marked Vivo. Capricious (but mono-rhythmic) starts off with a rolling, rollicking repeated two and a half bar pattern. The contrasting second part of the movement is dry and staccato. Sixteenth notes follow an unpredictable syncopated configuration based loosely on octaves. The movement ends with a restatement of the undulating, pulsating first phrase at a slower tempo. The second Viola, marked Cantabile, is a short aria, slower in comparison to the first Viola (and the third Viola that follows). It is a peaceful yet melancholy meditation. The swelling dynamic contrasts give emotional weight to the overall mood of the movement. The third Viola, marked Light and Dry, features a quirky rhythmic character that features staccato and articulated patterns to be played in a strict and mechanical tempo.