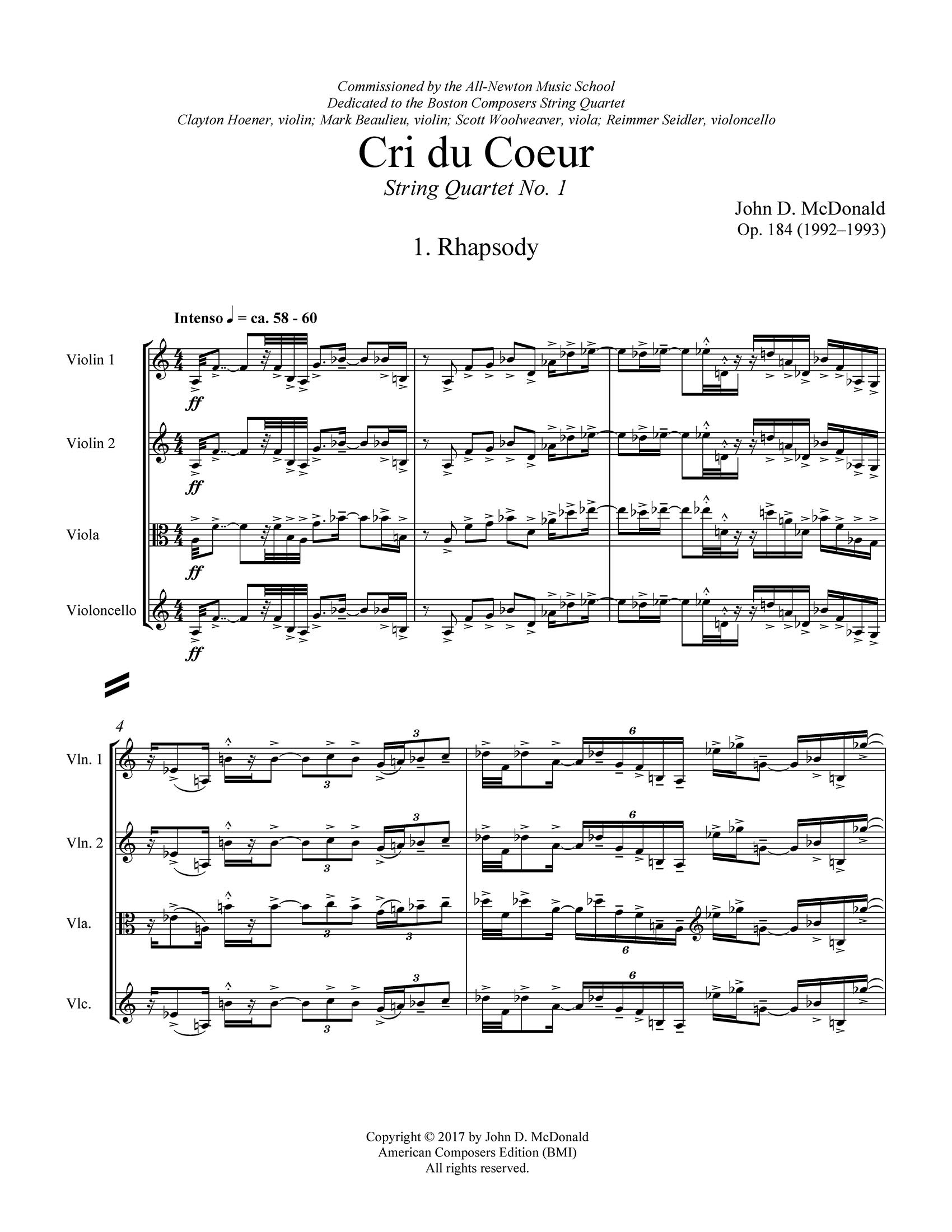 Commissioned by and composed for the Boston Composers String Quartet, and premiered by them at Boston’s Jordan Hall as part of the Boston Celebrity Series in March 1994, Cri du Coeur (heart-cry) emerged from a time of crisis in my life. Its two movements offer two views of the same material; what might seem defiant in the first movement becomes fragile in the second. The quartet as a whole serves for me as a summary of my first decade working in the Boston area. The title does not indicate an anxiety attack, yet the music includes sudden emotional outpourings and addresses hard-to-assimilate personal feelings.