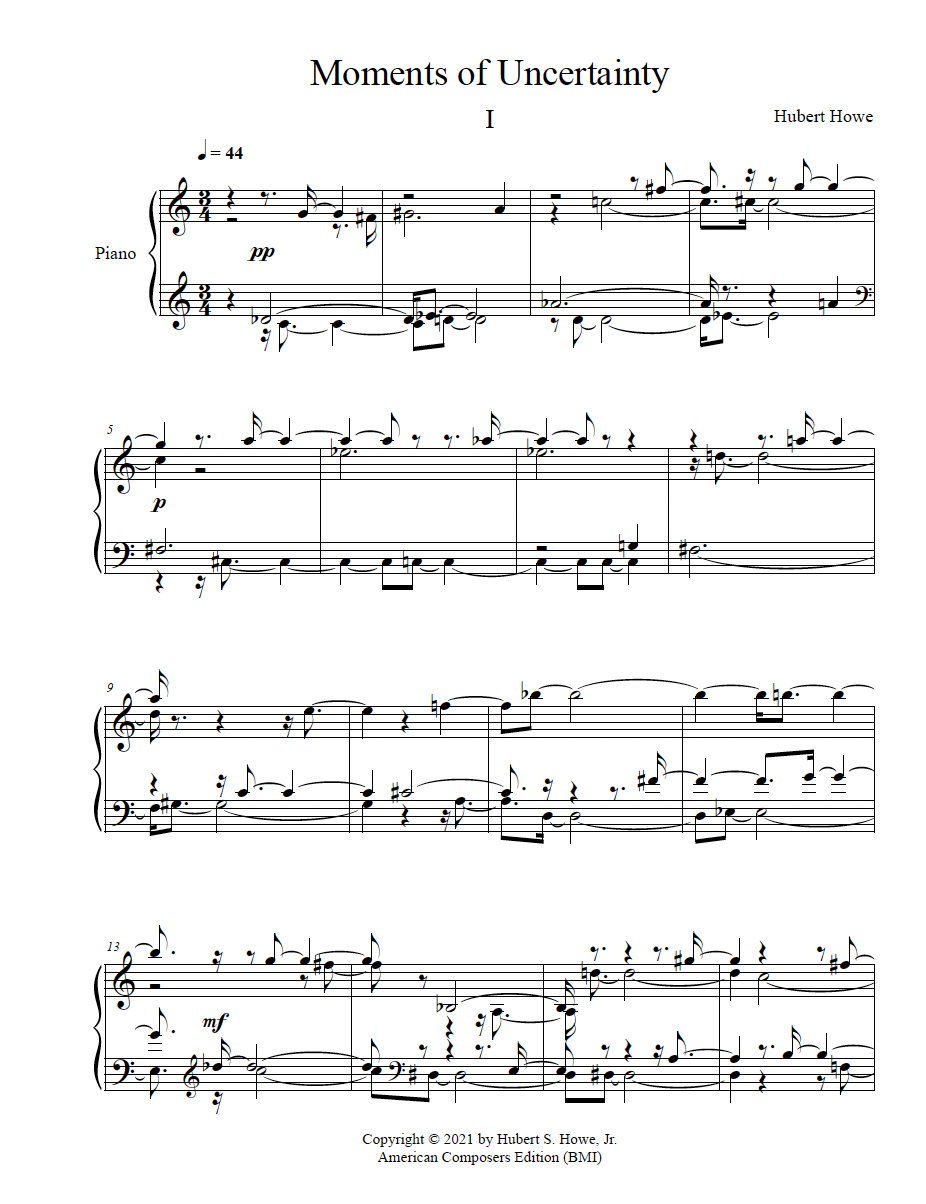 If you combine two tritones, you produce the tetrachords 0167, 0268, and 0369. These are all “degenerate” chords with less than 12 distinct transpositions. 0167 and 0268 (the “French” augmented sixth chord) have six transpositions, but 0369 (the diminished seventh chord) has only three. These chords and their complements are what I have used as the basis of these pieces.

0167 and 0268 have almost no representations in the kinds of arrays that I use in my compositions, but there are a few. The first two movements begin with these chords and spend a good deal of time going through similar chords, including augmented triads (with only four transpositions), and the whole-tone scale (with just two), until they finally settle into something similar to my other music, which could be characterized as representing a diversity of related chords without repetitions, until these materials are exhausted, at which point they return to the ambiguous chords from the beginning, and ending on a link to the next movement.

The third movement, based on 0369, the complement of which is the famous “octatonic scale,” which has been used by numerous composers since the nineteenth century. There are numerous forms that can be used here, and this movement is much more like my other music and very different from the first two. It begins and ends with the same “moments of uncertainty” as the other movements, but then it goes into four separate sections that are almost identical in pitch content but very different in terms of rhythm and register.