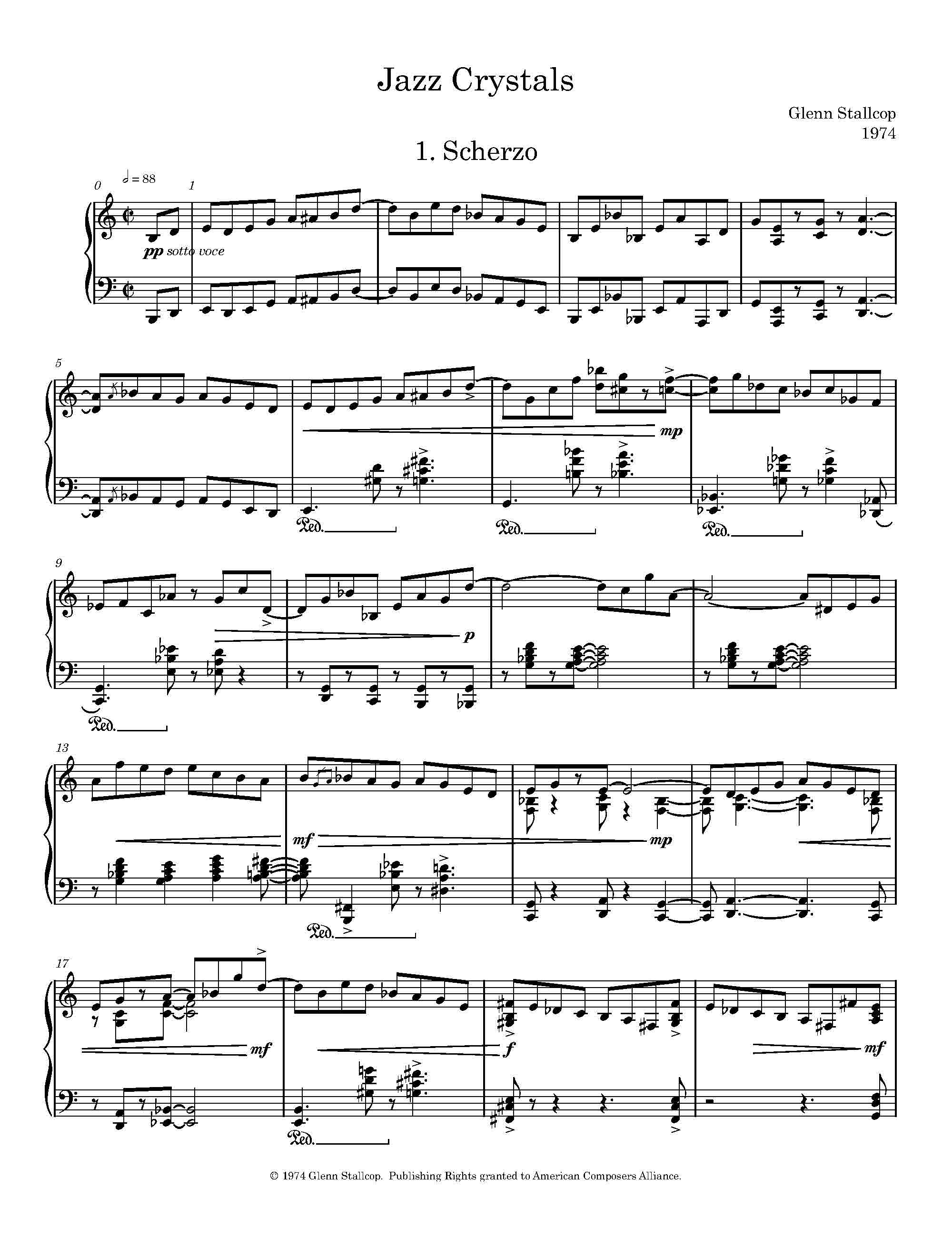 The Jazz Crystals are a collection of piano pieces written in 1973-74, at about the same time as I was writing City Music. In fact, the first movement, Scherzo, was originally included in a four movement City Music before I realized the work had become too vast for practicality. (The other movement became the second movement of the Piano Sonata.)

All of these pieces are inspired originally by the Baroque Concerto form, which I saw as the same general idea as the common jazz form of tune-improvisation-tune. But I liked the idea of taking the tune apart for expansion and development, instead of just riffing. These pieces go a step further and grow more like crystals, gradually adding ever increasing layers of development to the original short tune. I liked that the development would also grow from each successive layer and not just the original.

City Music took me almost two years to complete and orchestrate, and these pieces were sort of lost in the commotion. After composing several of them, I began to feel constrained by the homogeneity of the pieces, and tried to work more variety into the rather rigid formal approach. This is particularly apparent in the Finale. Eventually, I simply opened up the form and made it more abstract.

These pieces were unpublished until January 2022, when I collected them into their present form and engraved them. I did some editing, as they lacked tempo and expressive markings, and the second movement was shortened a great deal, but other than that they are presented as originally written.