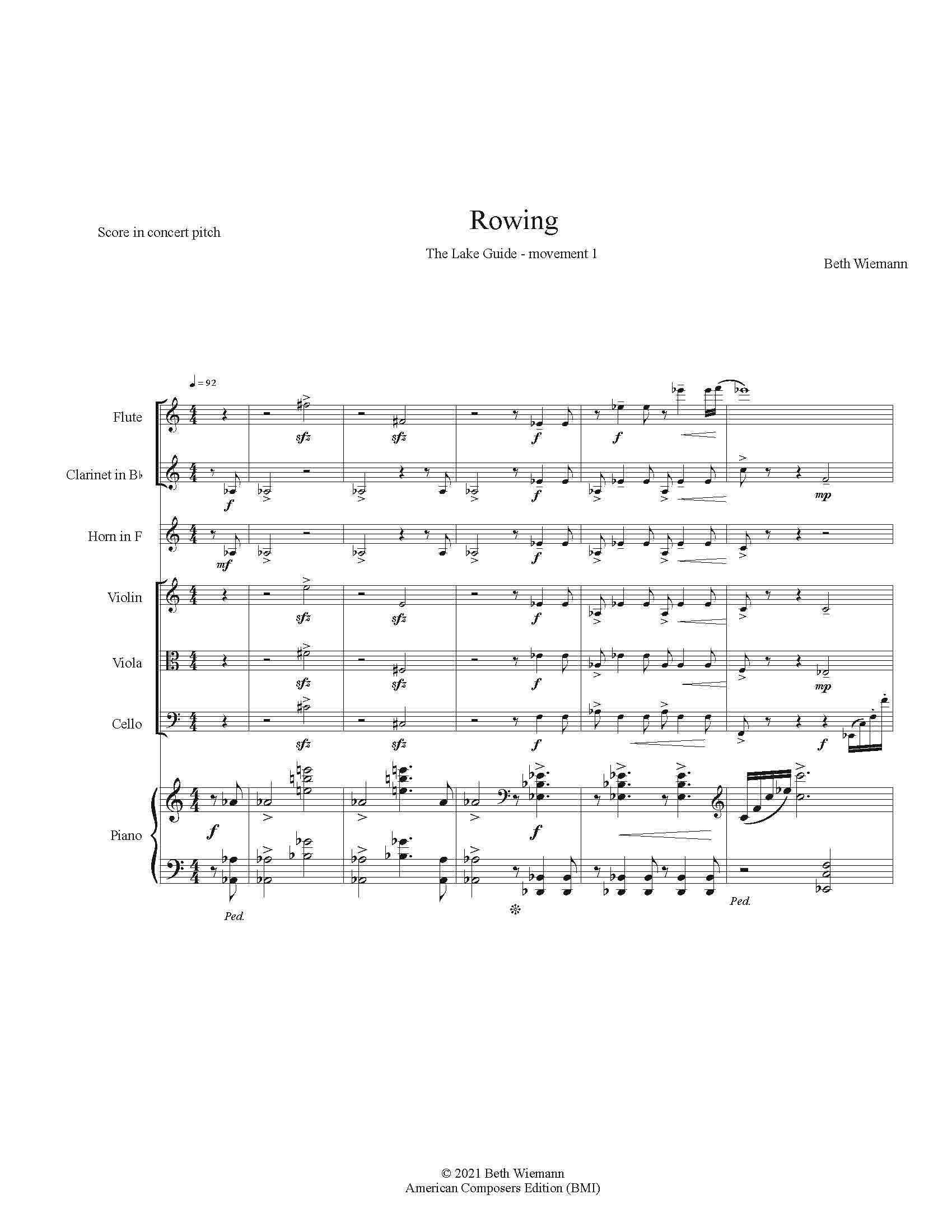 The Lake Guide was composed in honor of the 50th anniversary of the Sebago-Long Lake Music Festival, and is written for a septet of its longtime performers. The three movements of the 16- minute work portray different parts of being in the lake: rowing, floating, and going down under the surface. While the first two movements are more concerned with single actions on top of the water, the final movement takes the listener where the different temperatures and currents become more fleeting, shifting unpredictably as the depth of the water changes.